When I got back from Spain last week, all I wanted to eat were vegetables.

Now, don’t get me wrong – I couldn’t get enough of Basque cooking. And for the most part, it was fairly healthy. But I’m pretty sure everyone’s idea of standard vegetable consumption was one or two peppers off of a shared plate of pimientos di padròn (think shisito peppers…fried).

I also had a good amount of recipe development for Food & Wine on my plate, including savory crepes, 10 ways. This isn’t ordinarily the most veggie-friendly of food vehicles. But after 10 days of fromage and jambon, I couldn’t face eating another 10 plates of the stuff sandwiched inside of a pancake.

So I decided to just do the kind of cooking that I wanted to do, with the veggies that spoke to me at the market, and worry about how they would become part of a crepe recipe later. In case you were wondering, this tuna salad tasted excellent as part of a crepe – kind of a entrée size play on a blini.

One of my favorite resulting combinations was this grilled eggplant recipe, seasoned with sumac, drizzled with bright lemon, capers, and mint, and stacked on top of the buckwheat pancake with a little cloud of mache to seal the deal. You can look for that recipe in the coming months on F&W’s website. But for now, you can try the grilled eggplant solo as a simple summer side dish, or as a creative filling for whatever type of sandwich your culinary whims call to you. 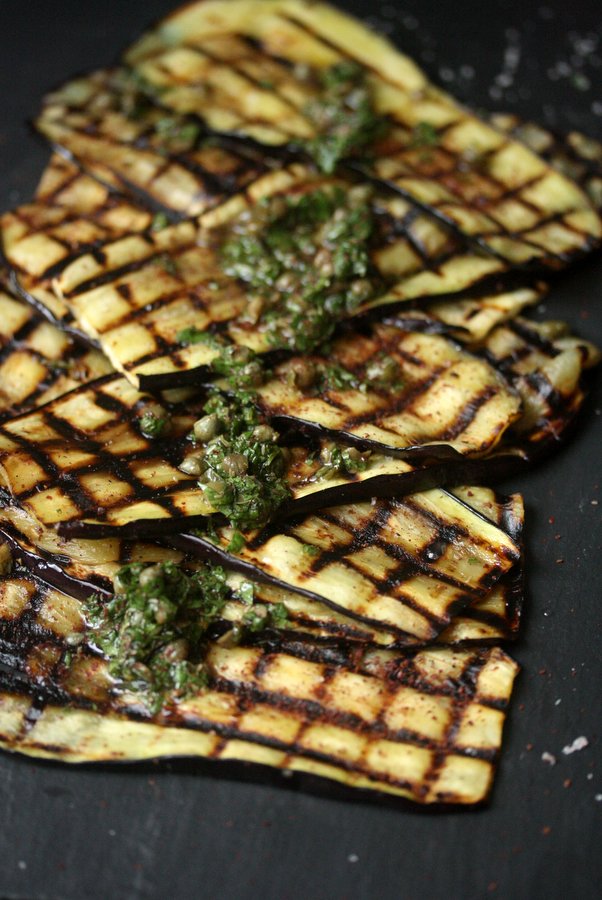 If you make this, tag @phoebelapine and #feedmephoebe – I’d love to see it!
31 shares