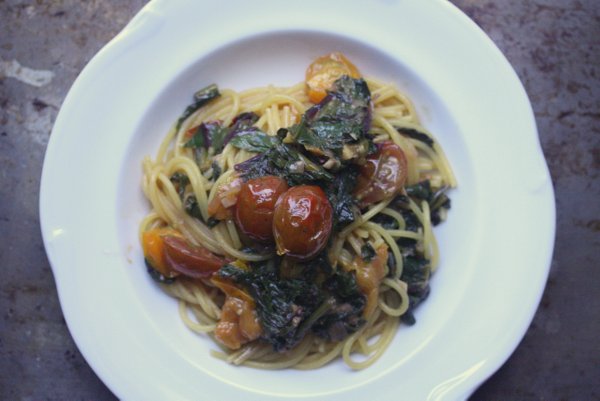 I’m not sure if anyone else has noticed, but beets are making a comeback.

I’ve gotten pretty good at predicting what people will choose from my catering/private chef menu proposals. Some things are just a surefire sell-in, like any item with slow-roasted tomatoes and truffle oil. This summer, beets were the dark horse of consistent cravings. Even my clients’ the seven-year-old was clamoring for beets. (ah, New York…)

This is great news for me for two reasons: One, all you really need to do to make beets delicious is wrap them in foil and forget about them in the oven for 30 minutes. Two, it leaves me with a mess of greens all to myself.

Cooking for other people in their kitchens usually renders me too lazy to come home and cook for myself in mine. So if I’m not eating raw scraps in a bowl, you can bet that whatever I make is going to be pretty darn simple. This pasta is a perfect example.

Back in high school, I started making Peter Berley’s Fusilli with Swiss Chard and Balsamic Roasted Onions from his cookbook The Modern Vegetarian Kitchen. The most memorable time was when I was 17 and I served said pasta dish to a militant vegan I was dating. Now, I consider a heap of pasta with greens and onions more or less peasant food – the kind of thing you make yourself out of laziness and necessity. But he was impressed. I’ve since discovered that it really doesn’t take much to impress boys in the kitchen. But that’s another topic entirely…

Anyhow, this pasta with beet greens and blistered tomatoes was born out of similar post-catering laziness and necessity using the wayward tops of my clients’ veg. The sweet and sour greens and tomatoes mixed together with that mess of noodles reminded me a lot of the Peter Berley go-to of my youth. As it turns out, I’m not that hard to impress either. It was the perfect meal, and I promptly took myself to bed afterwards. 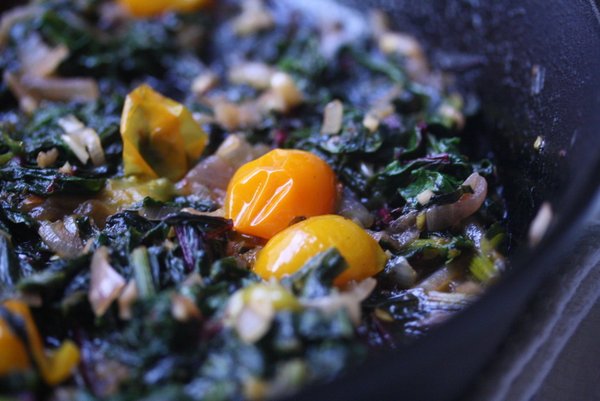 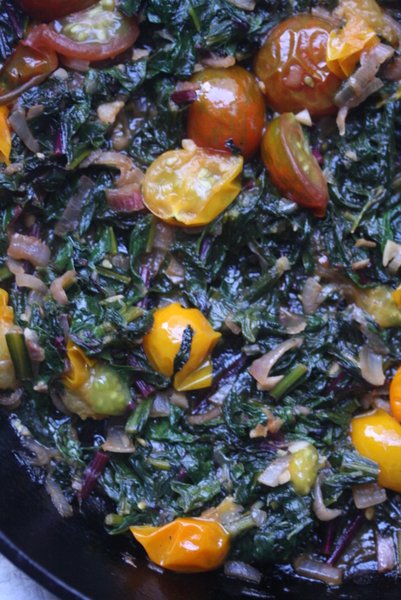 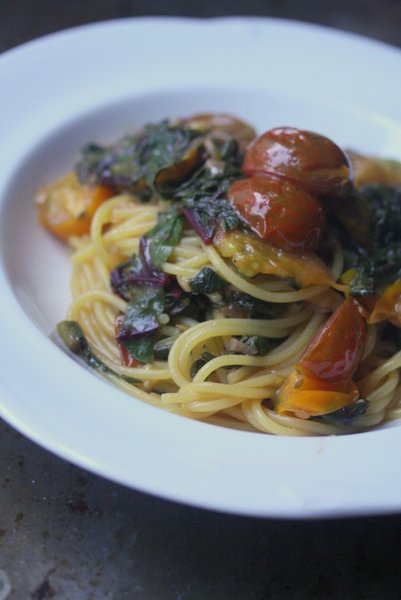