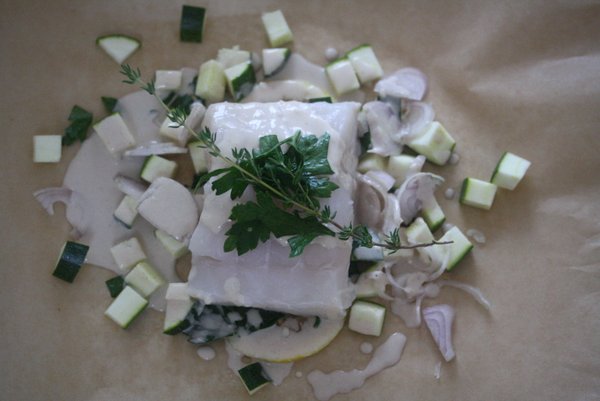 A few weeks ago I embarked on a homemade tahini experiment for Food52’s Small Batch column. You can read all about my findings here, and also get the recipe for creamy or coarse tahini paste. As a result of my tinkering, I was left with a LOT of small jars of tahini.

When I first got back from Chef Race earlier this summer, I was delirious and hungry. My appetite had gotten completely screwy, to the point where I could barely finish an entrée on my own. This probably thrilled most of my friends, since I usually finish my entrée and then reach over and start on theirs without asking. When I finally made it out to my parents’ house on Martha’s Vineyard, I was ready for some good healthy food and some pampering. 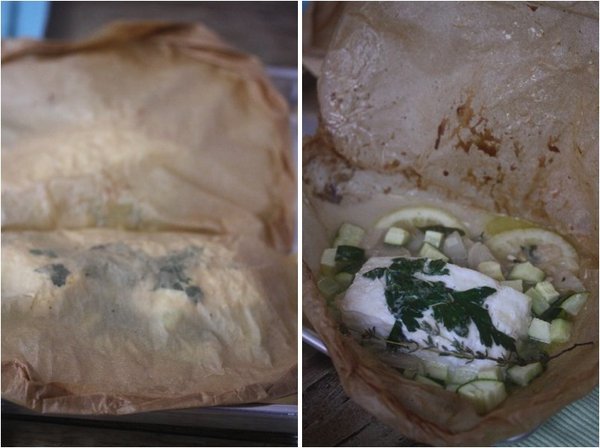 My first lunch is pictured here – a smorgasbord of mommy-esque leftover pickings. The best part about it was the tahini sauce that I slathered on everything. She made up a pitcher of it, and we worked our way through the lot as the week progressed, and I slowly managed to put all the meat back on my bones (and then some).

One of the dishes we made were these baked fish packets, drizzled with a little wine and tahini sauce. It was a great Middle Eastern spin on a classic papillote, and one that I am definitely going to employ, 10 times over, with all the tahini left in my fridge. I tried it out again during one of my at-home healthy cooking classes with a client, drizzling the lemon and tahini separately, and letting the sauce form on its own in the packet. If you’re going the homemade route and have trouble drizzling the tahini, feel free to add some water or oil to loosen it up – or you can simply slather the fish with it, which might not be as attractive, but will taste equally delicious.

Make sure to check out my recipe on Food52, and if you too intentionally find yourself up to your ears in tahini, give this fish a go. It’s just the kind of guilt-free dish that you can eat your body weight in if, say, you wind up ravenous and insatiable after a wacky reality TV show. 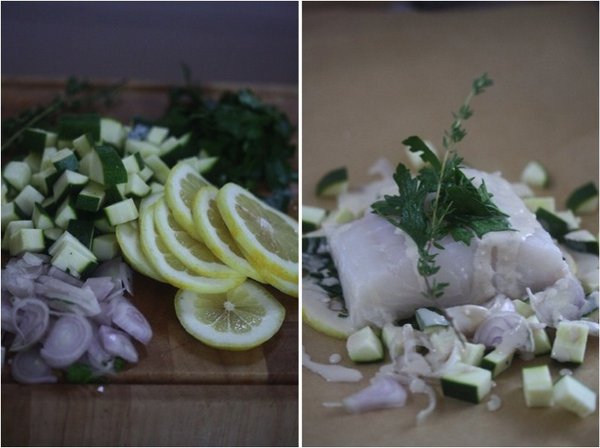 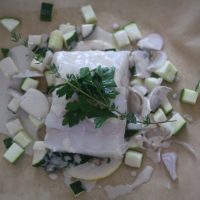 Print Recipe
There are so many wonderful variations to this dish. I’ve made them with halved cherry tomatoes in addition to or instead of the zucchini. It’s a great one-packet meal served alongside crusty bread. Quinoa Tabouli is also an excellent side dish. Spoon some directly into the packets so the grains soak up the sauce, and eat away.
Total Time 15 minutes
Servings 2
Author Phoebe Lapine 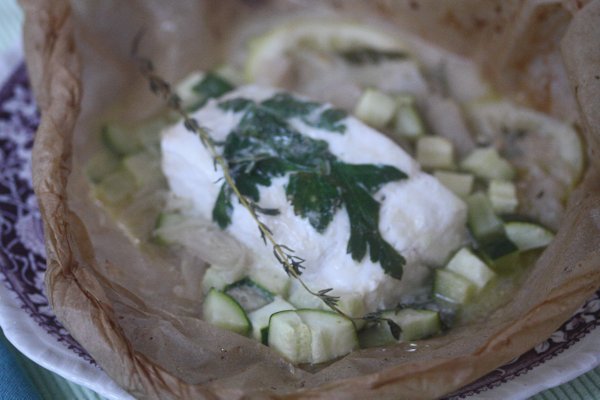