I very clearly remember the first time I ever ate the melted wonderland that is spinach artichoke dip. 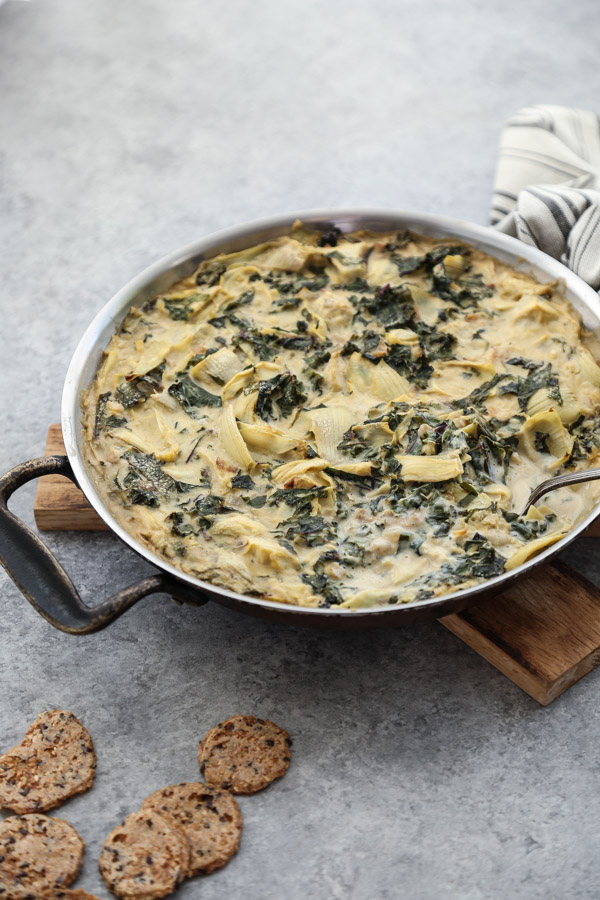 As I’ve lamented before, my upbringing was heavy on the millet, light on the fast food. This is obviously a good thing in hindsight. But at the time it lit a deep anthropological passion in me to try every breaded piece of chicken, 1/4-inch thick burger patty, and deep fried potato that our great land had to offer (in 5 minutes or less).

Once I got my driver’s license, and spent some quality “me time” on the interstate outside New York City, I made my way through most of my hit list of chain restaurants. But once I got to college and met some of my new sunny Californian friends, I realized there was a whole other world of fast casual establishments that I had yet to sample. 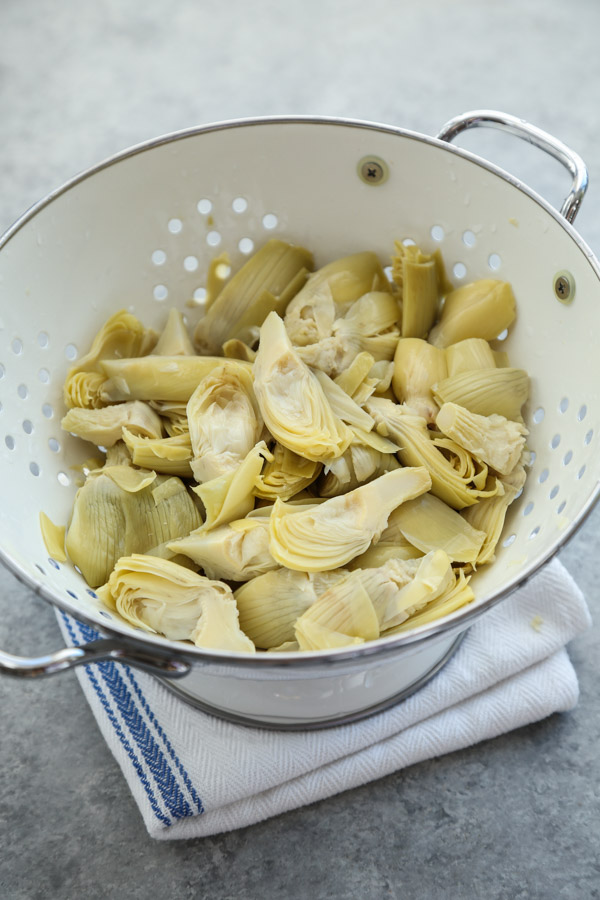 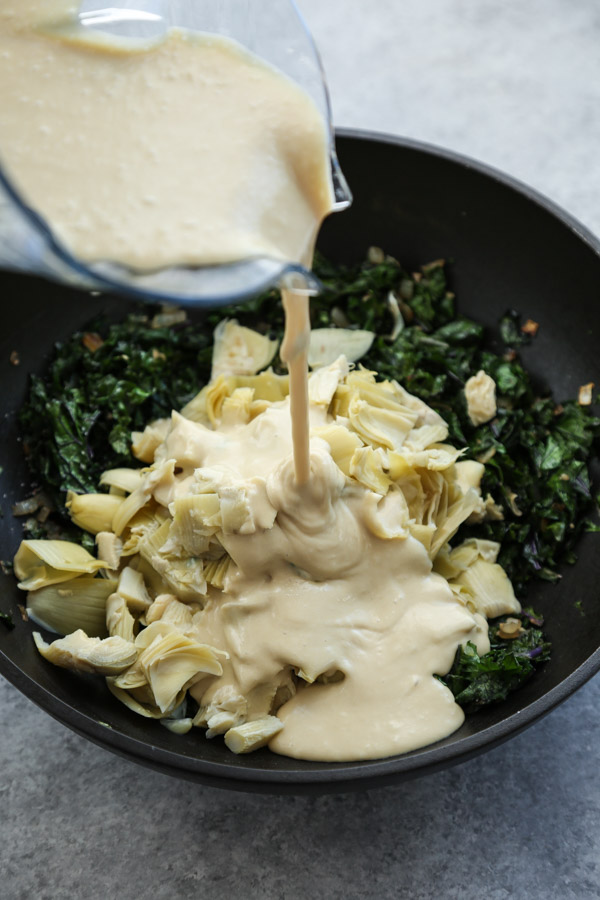 California Pizza Kitchen was among the most mythic. My friend Ali almost had a seizure when she heard I’d never been to CPK. So when I visited her during winter break that year, it was the first stop on our culinary tour of the city (In & Out came shortly thereafter).

She waited eagerly as I tried my first slice of BBQ Chicken Pizza, while I tried to suppress the jaded New Yorker in me thinking… “This? Pizza?” I liked it. I mean, it’s sweet, savory and cheesy, so what could go wrong.

Where I fell hard and fast though was the spinach artichoke dip. It was thick and creamy and made out of all the white condiments I wasn’t supposed to have (sour cream, cream cheese, parmesan) and a little bit of the white condiment that was central to my mother’s healthy hedonism (mayo). 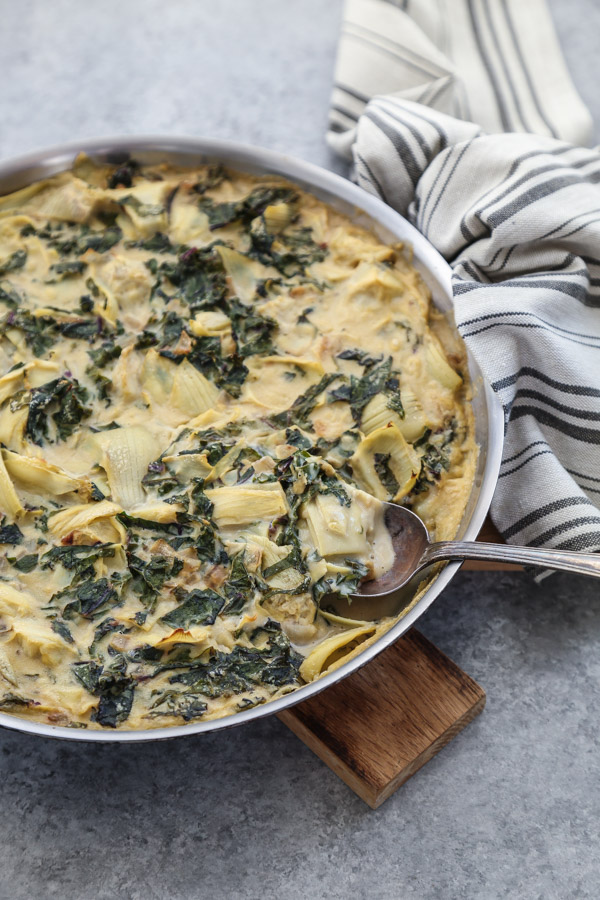 Throughout college I made a much-loved copycat version of this dip, and it was one of the many things I had to retire when I started taking my Hashimotos diagnosis seriously.

So when I got my hands on an early copy of my friend Ilene’s new book, The Colorful Kitchen, and saw a vegan gluten-free version of my favorite dip—with kale, no less!—it was the first thing on my to-make list. 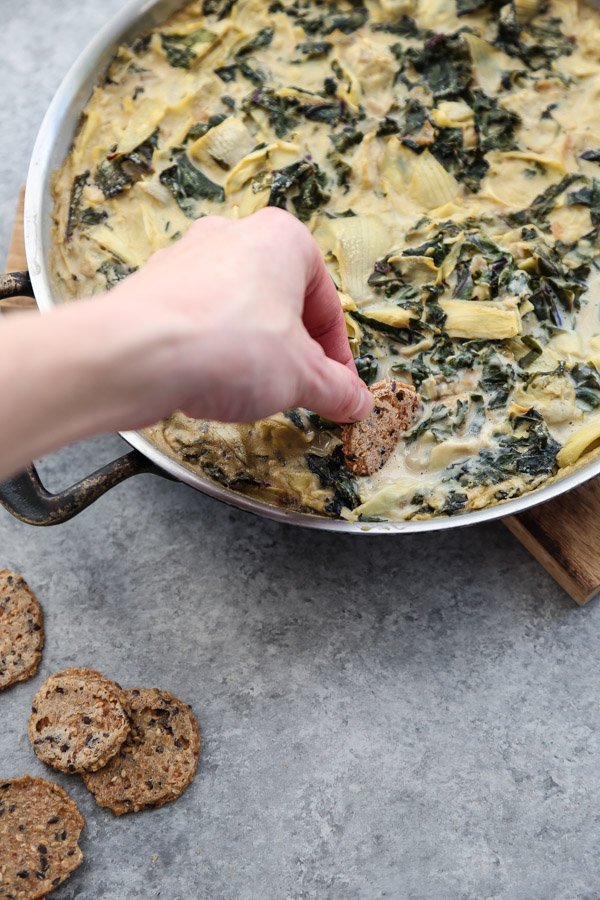 This kale and artichoke dip gets it’s tangy, luscious creaminess from a mixture of white beans, coconut milk and nutritional yeast. It comes together quickly and can be made start to finish in one skillet. Be warned: the resulting bubbling hot dip is enough to feed and army, and so dangerously delicious you might inhale the entire pan yourself. But both of those factors makes it the perfect addition to a healthy holiday party spread. 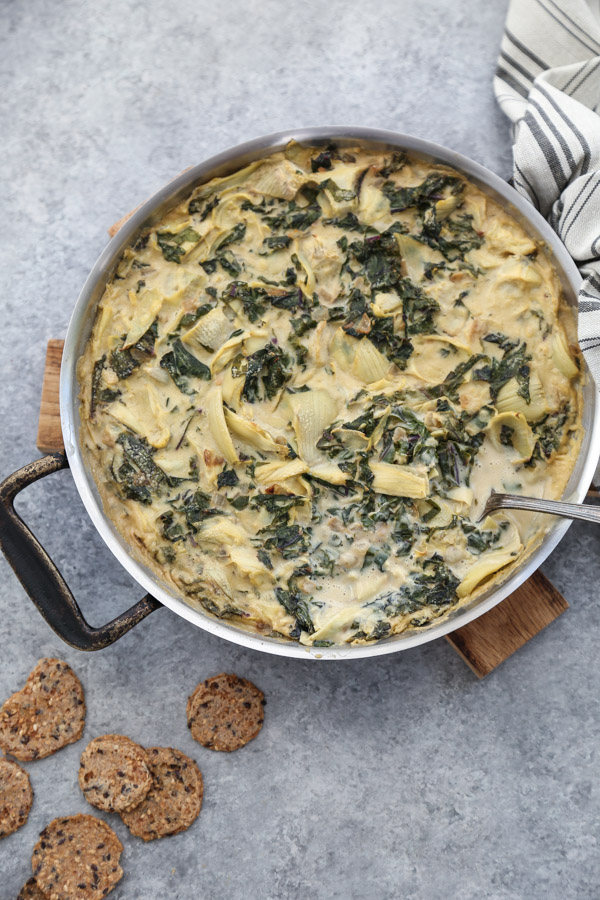 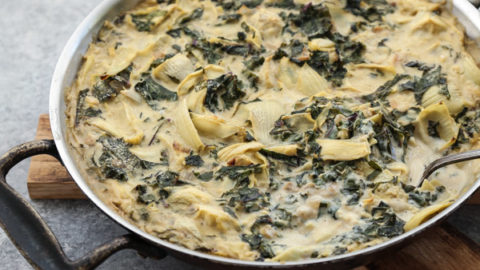 If you make this, tag @phoebelapine and #feedmephoebe - I'd love to see it!
226 shares