This wild mushroom risotto recipe is brought to you in partnership with my friends at La Cucina Italiana. As always opinions are 100 percent my own.

Risotto is one of the dishes in my arsenal that I love to teach. 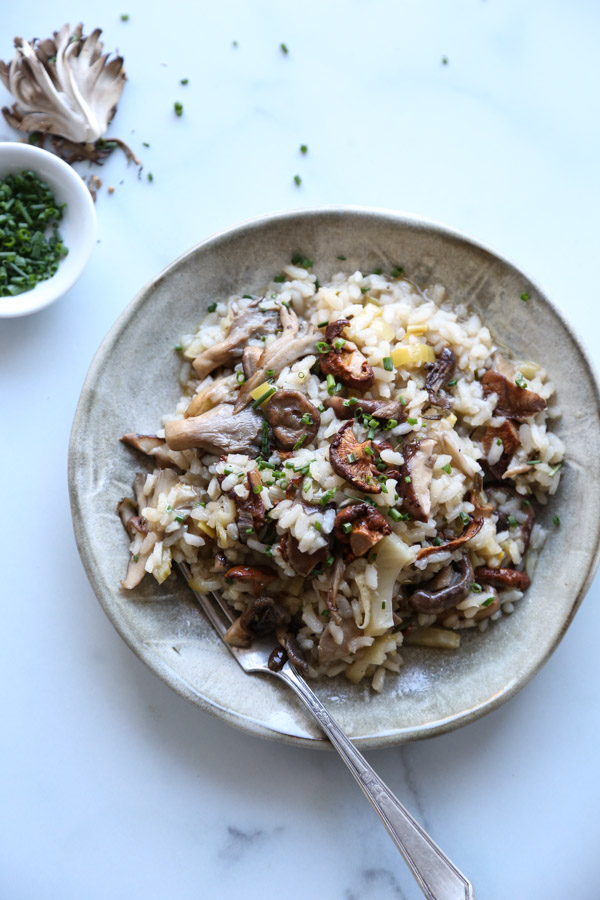 I seem to forget about it as one of my personal favorites until fall rolls around and I’m really hankering for something thick and rich to pack on the requisite sweater weather extra padding.

A few weeks ago, a couple I was doing a private class for requested a vegan mushroom risotto. So I wrote up a recipe and then held their hand as they slowly added the stock, cup by cup, until all the starchy goodness was coaxed from every last grain. 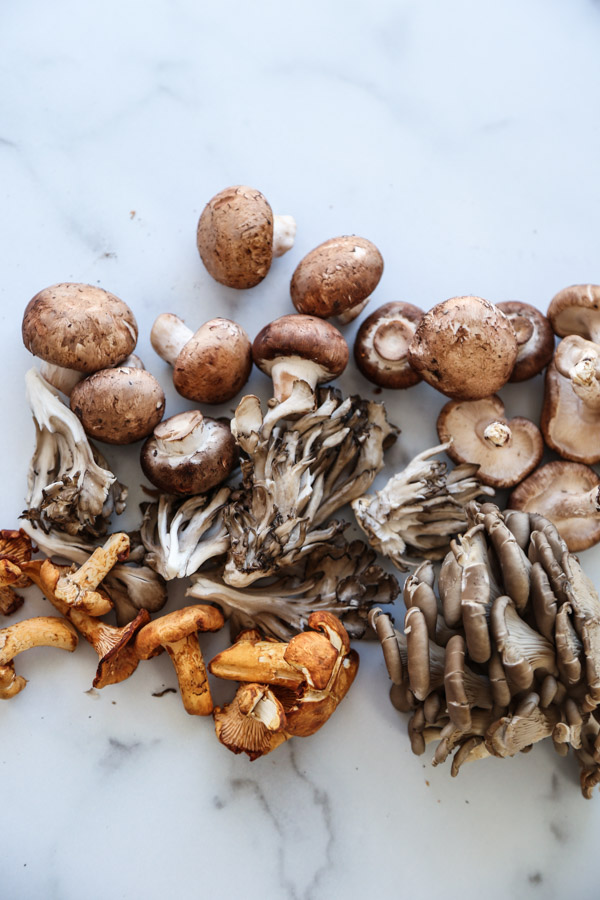 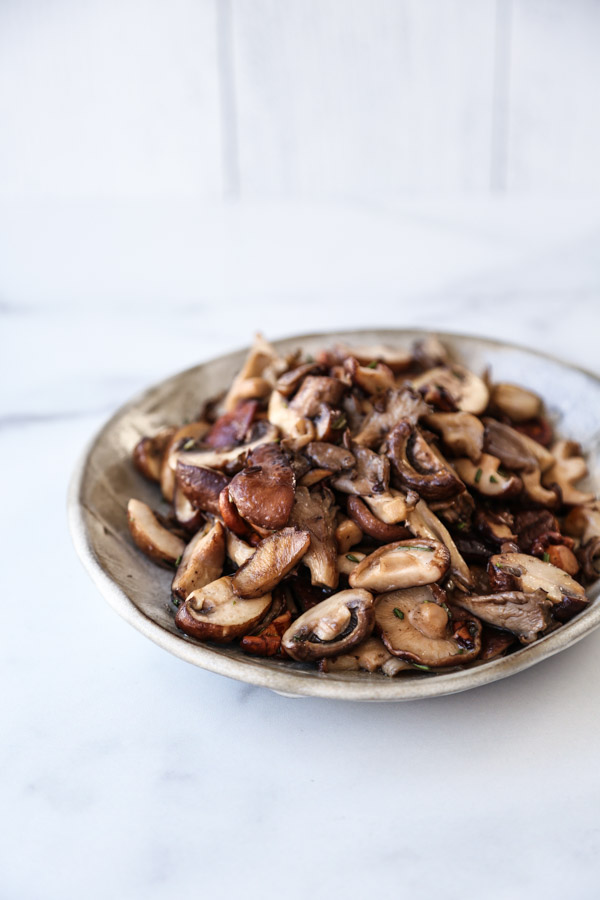 The worst part of teaching is when, after all that love and hard work and delicious smells, you have to leave. After this particular class, I ordered Thai takeout en route to my apartment, and it was one of the sadder meals in recent memory. Ever since that night I’ve been craving mushroom risotto with a fiery passion. Luckily, I had an excuse to have a second go of it for a date night with Charlie.

Risotto is one of those intimidating dishes that’s actually really simple. What makes it scary is that a recipe won’t really help you because so much of the process depends on instinct and feel. That’s why I like to teach it. But the basic concept is taking a high-starch grain (traditionally Arborio rice) and toasting it in oil so that it maintains its shape during the slow cooking process. Then, you allow the grains to gradually absorb stock, one cup at a time, until they’ve released their starches and become tender. 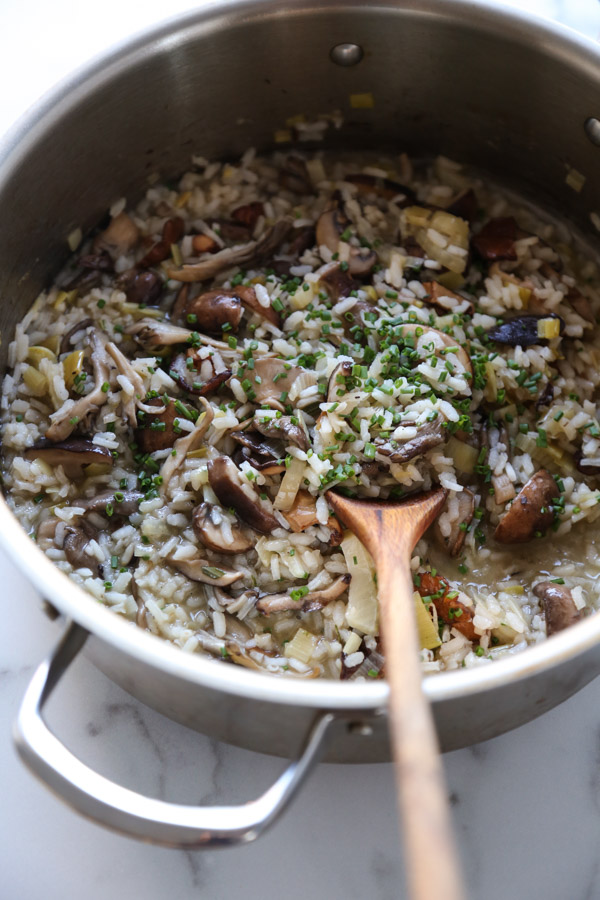 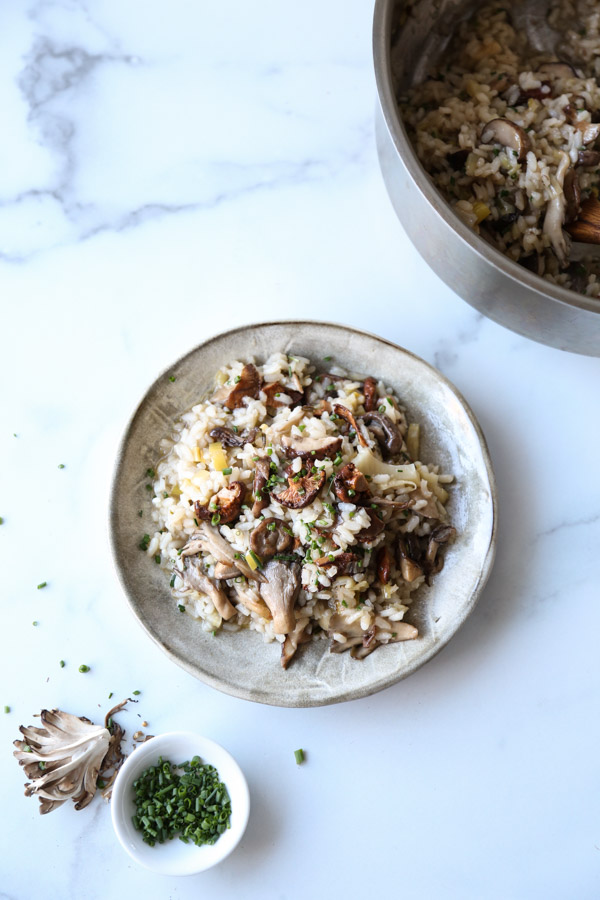 When I’m entertaining, I’ll follow this process until the grains are al dente with just a little bit of bite. Then right before my guests arrive, or while everyone is drinking wine, I’ll finish it off with the last cup of stock. You don’t want the dish to be heavy or gluey. There should be a good amount of liquid left at the end of the process so that the risotto spreads out on a plate instead of perching like a hockey puck in the middle of it.

I learned this litmus test for making risotto when I was studying abroad in Rome, and I love checking in with great sources from the homeland to get inspiration for new combinations. La Cucina Italiana is one of my favorites since it has an entire section of their recipe database dedicated to risotto, which contains a lot of easy risotto recipes. I can’t wait to try a few more of them this fall. 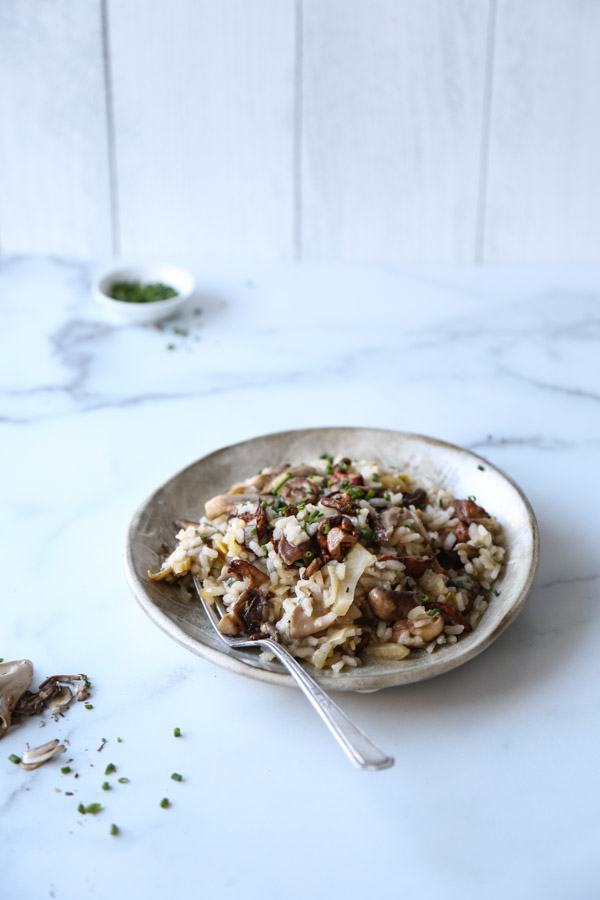 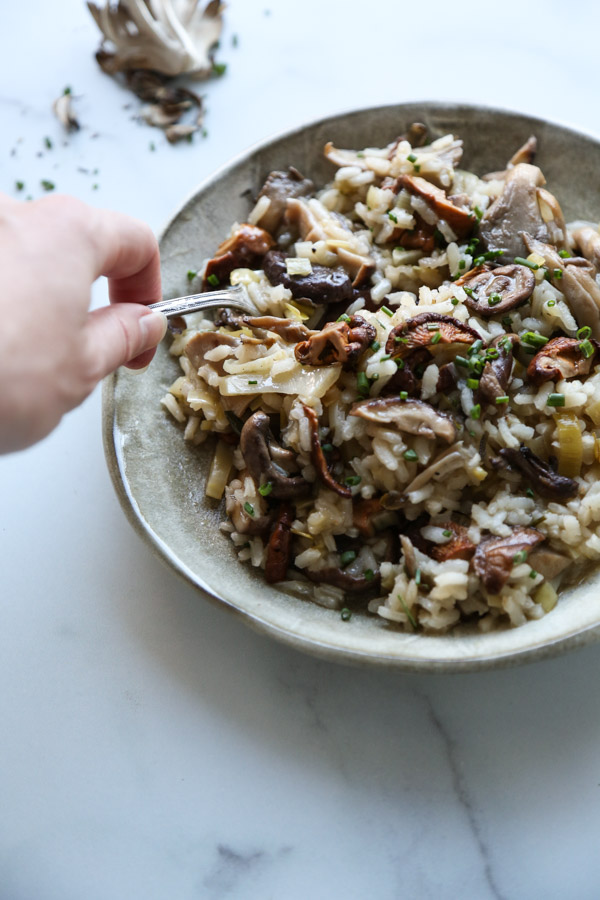 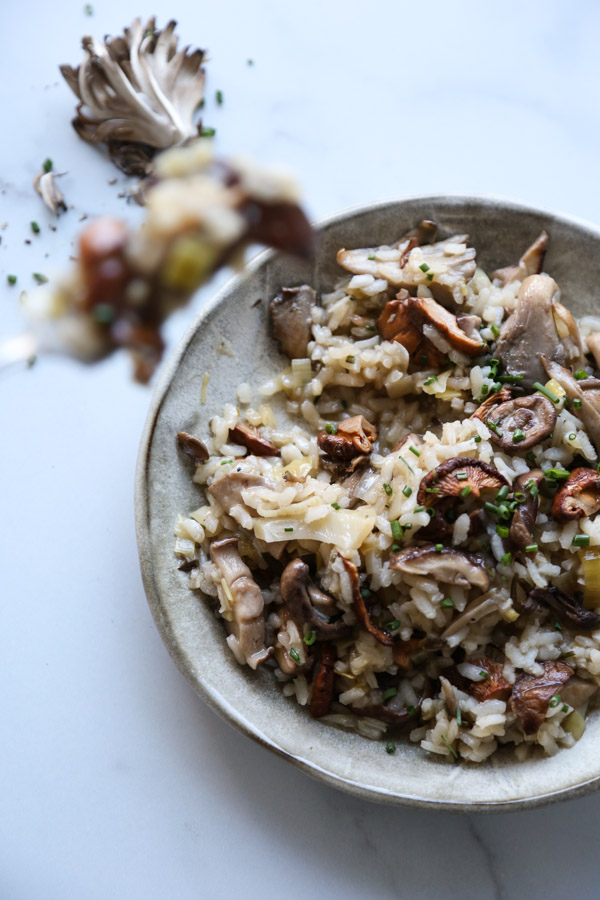 In the meantime, I’ve been enjoying leftovers of this vegan wild mushroom risotto for the last week and have nearly kicked my craving. Hopefully by this point, my sweaters still fit. 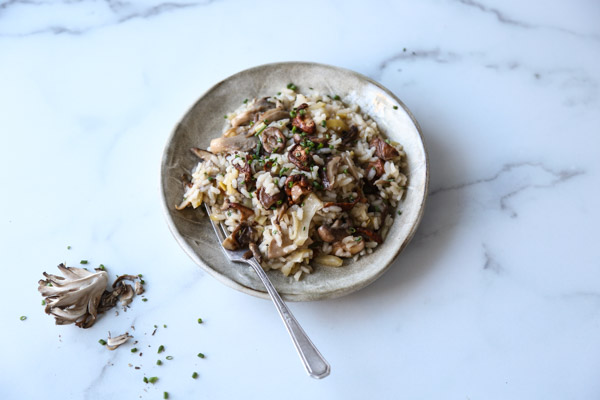 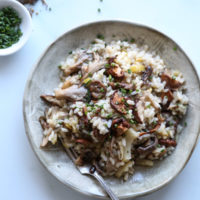 The key to creating an uber flavorful vegan mushroom risotto is all in the variety of mushrooms chosen and the quality of the stock. If you can, add some of the trimmed mushroom stems to your stock and simmer for a few hours to create extra umami.

If you make this, tag @phoebelapine and #feedmephoebe - I'd love to see it!
795 shares