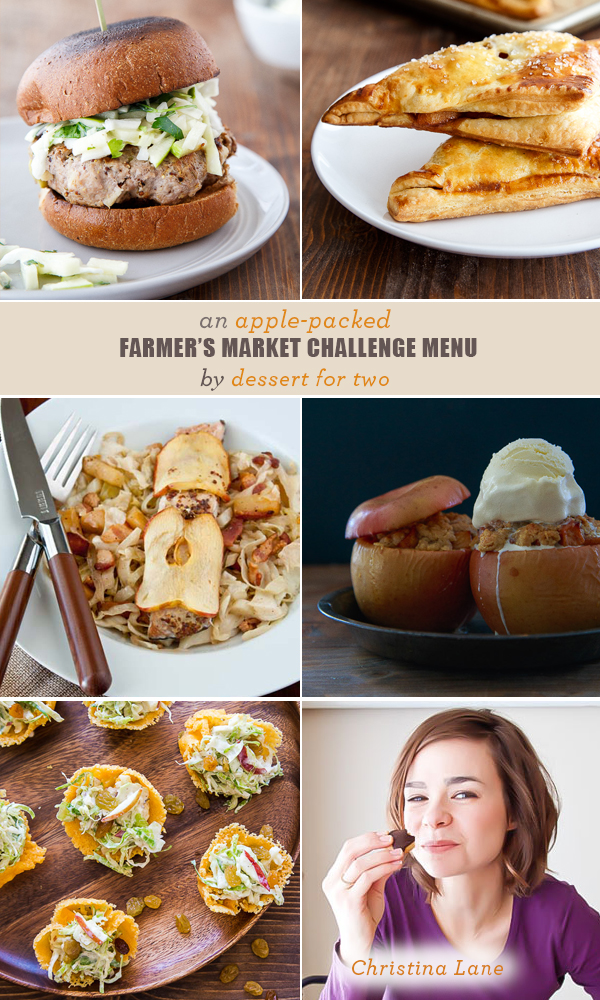 I know that people start to lose their $h%$ over pumpkin season the second it’s deemed culturally acceptable, (i.e. September 1st). But when I think of fall and the ingredient that farm stands actually overfloweth with, even as early as September 1st, my eye is on apples.

I’m a total sucker for fairs this time of year, especially when they involve hay rides and corn mazes. Sadly, both attractions are slightly more socially acceptable (and exciting) when you’re under 4 feet tall. So for those of us slightly less vertically challenged, “mature” individuals, who aren’t mature enough yet to actually be toting our own vertically challenged accessories (children), the best fair activity to get a little too excited about is apple picking.

On these rare annual occasions when I get turned loose on an orchard, I usually come home with 15 pounds of fruit. So many limbs, so little time–it’s hard not to get greedy! Which brings me to the subject and star of this month’s Farmer’s Market Challenge Menu.

Instead of giving you a weeks worth of seasonal make-ahead meals, as per usual, I decided to go rogue this month and dedicate your recipe inspiration to various ways you can use your apple haul. Because we all suffer from the same self-control issues, right?

Showering us with her sweet and savory apple love is my friend Christina Lane of the blog Dessert For Two. If you can’t tell by the title, Christina is a serious baller when it comes to tiny desserts that won’t leave you with a week’s worth of leftovers shaming you in the fridge, should you not live with a small tribe of vertically challenged sugar enthusiasts who can help you eat them.

Her new book Comfort and Joy, which dropped last week (!!), is full of perfect savory meals for two, including many an indulgent Southern classic that you will be grateful to have some portion control built-into, lest you exhibit non-apple related self-control problems too.

I’m particularly excited to track down some gluten-free puff pastry so I can make her apple turnovers (any recs?), and try the brilliant double apple crumble with Bob’s Red Mill AP GF flour.

Read on for all the apple-packed recipes and what Christina had to say about them. 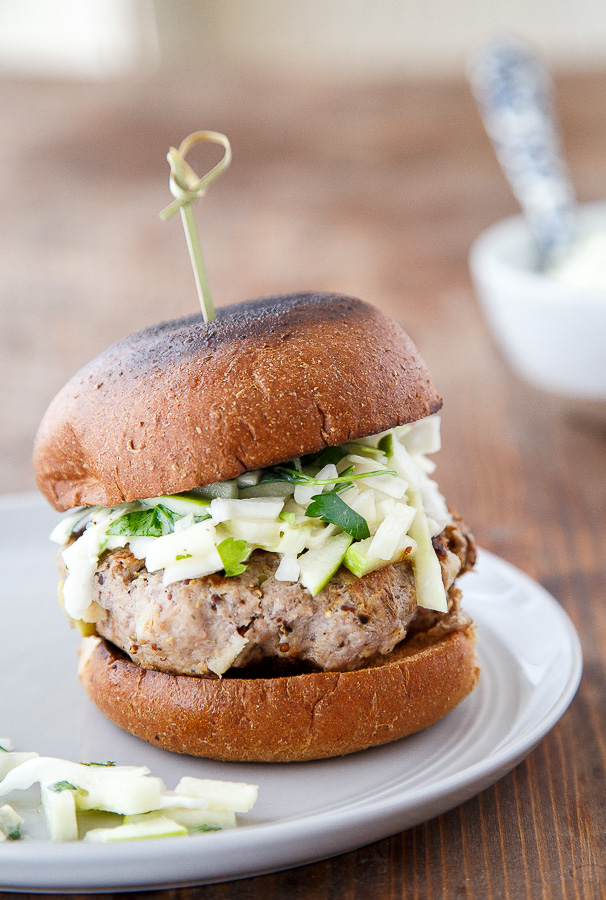 Chicken-Apple Burgers: These apple chicken burgers with apple slaw are a great way to put crisp, tart apples to use, like Granny Smiths. You could substitute any of your favorite firm apple varieties here. 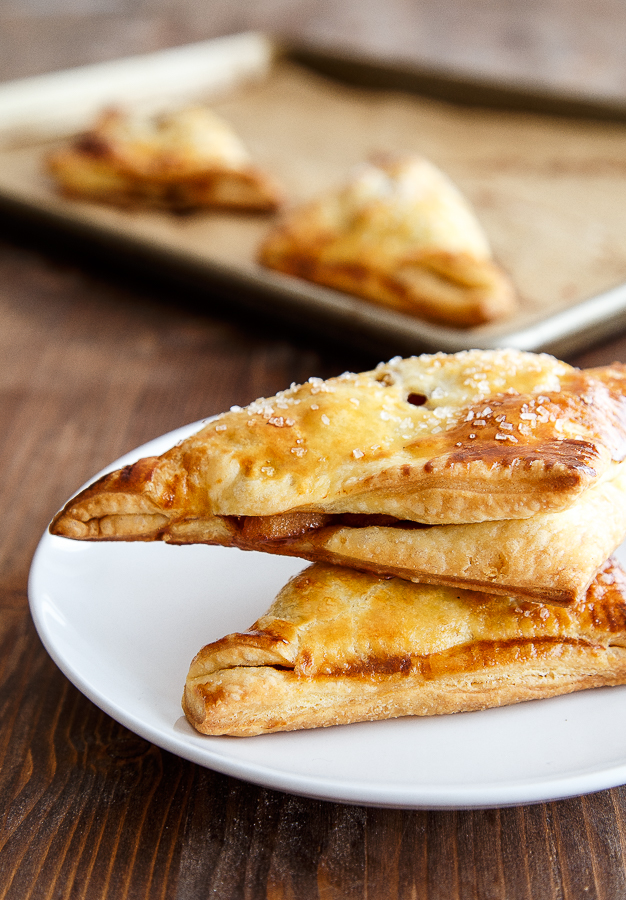 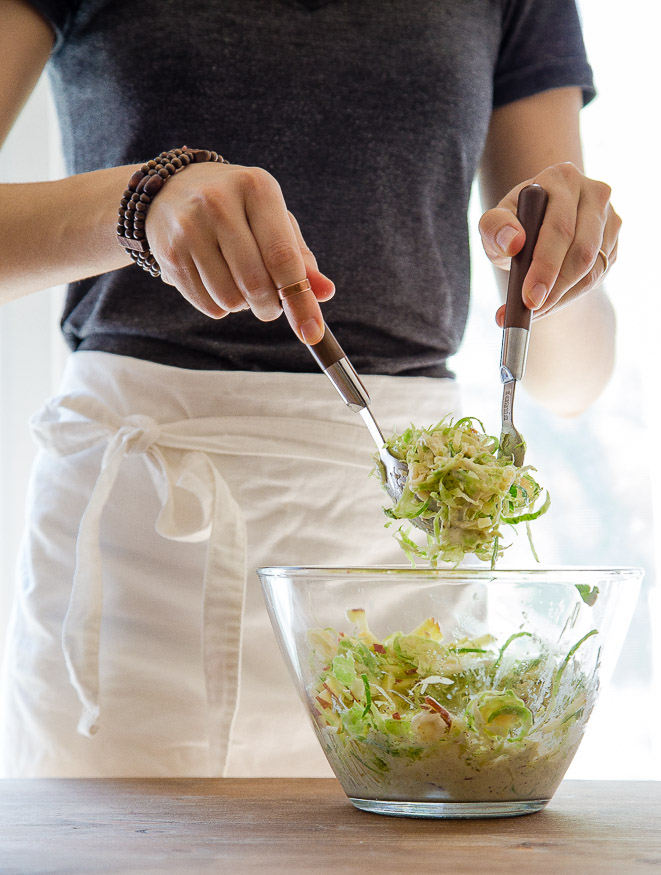 Brussel Sprout and Apple Slaw: Brussel sprout slaw needs the sweetness of an apple and golden raisins to be at its best. Pile it all in a cheddar cheese cup, and you’ve really got the perfect appetizer! 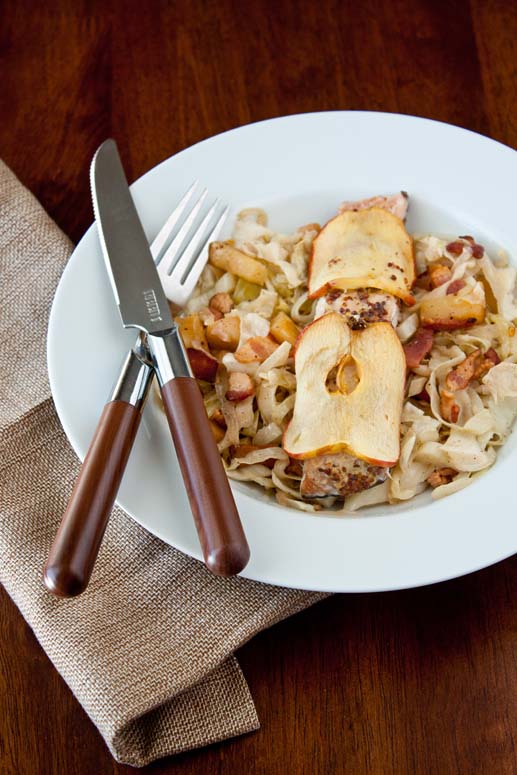 Apple-Wrapped Salmon with Bacon Hash: When I made this apple-wrapped salmon with bacon hash for my husband, he said it was better than anything he’s ever had at a restaurant. And we eat at a lot of restaurants! 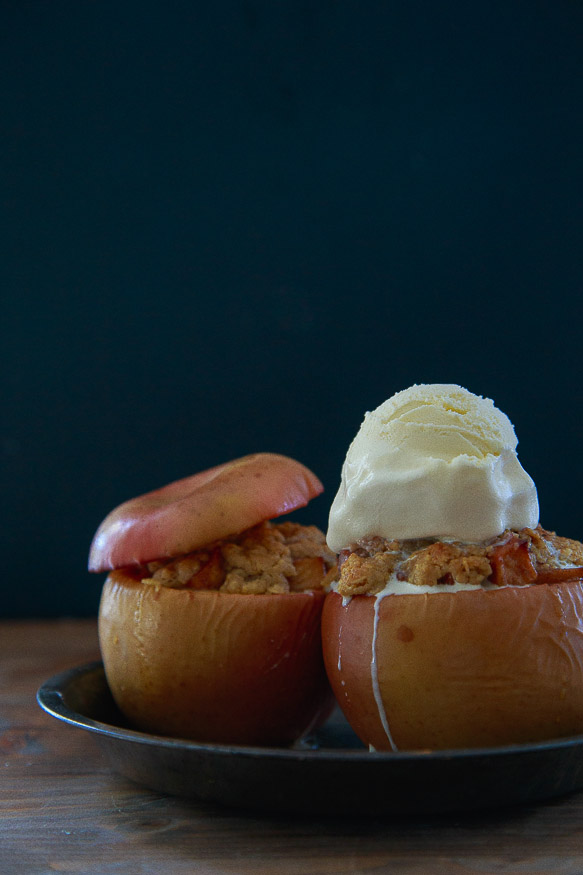 Double Apple Crisp: The minute I spot the first leaves changing to their beautiful fall colors, I make this double apple crisp. It’s an apple cobbler baked inside an apple with a crisp topping, and it’s exactly as delicious as it sounds.