I’ve been a city mouse since my parents brought me home from the hospital to their tiny apartment in downtown Manhattan, where I soon made the acquaintance of our unwanted neighbors, the actual mice. 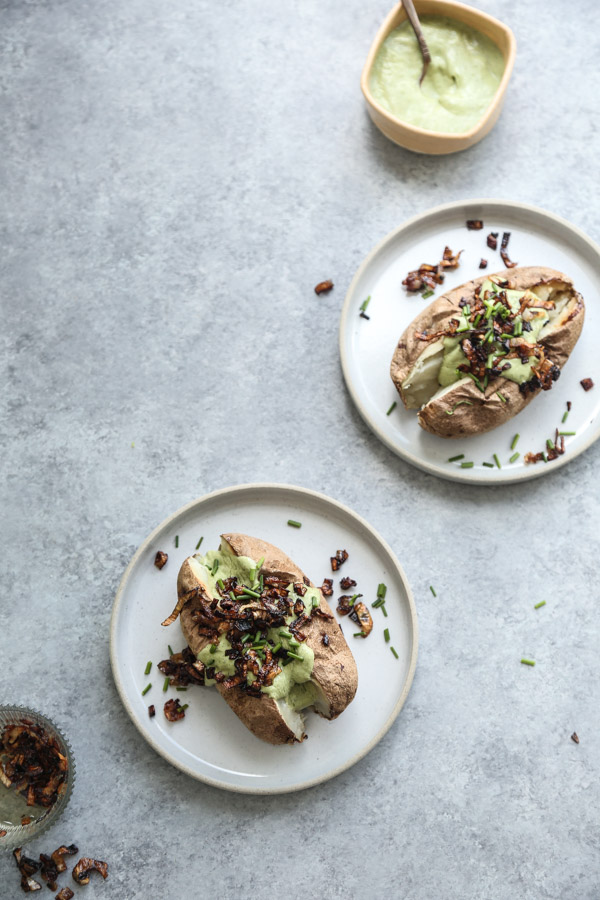 As I got older, though, and my worldview began to expand as far and wide as my parents’ airfare budget would take me, I began to learn the ways of country mouse living. This education grew new wings in the backwoods of Vermont, when I spent my first summer at sleep away camp.

While most of my city mouse friends had opted for establishments with color war teams and cabins that had outlets for their straightening irons, I instead elected to go to a horsemanship camp. When we weren’t venturing out on multi-day pack trips with our steeds, our living quarters were tents pitched on plywood, and the bathroom complex was one multi-bowl outhouse half a mile away.

It was shabby without the chic.

And I later learned that a significant percentage of the older girls had been sent to this camp by their parents as punishment. 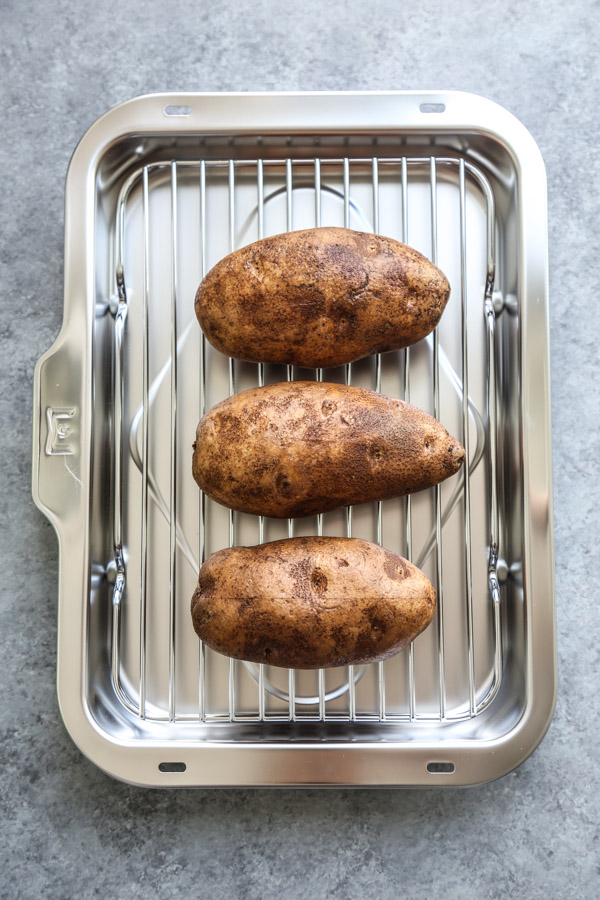 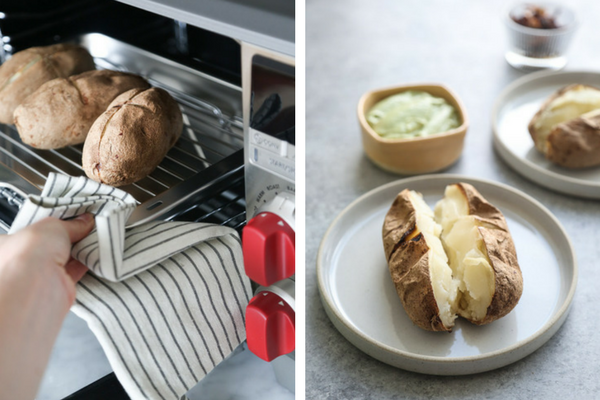 My parents, on the other hand, found the place hopelessly creepy, and couldn’t understand why I insisted on going back summer after summer. Perhaps it was the country mouse in me finally getting room to roam, but I loved it.

Another big reason would have to have been the baked potatoes. Every time we went on a camping trip, we stashed a few spuds in our saddle packs for dinner. They’d get wrapped in foil and plunged into the hot coals of the fire, then eaten with sour cream, bacon bits, and a small stacking cutlery set.

Though I have mostly regressed back to my early days as a full-fledged city mouse, I still think of those summers. My amenities look a little different now, as do my go-to potatoes, but I still get to enjoy both within the small confines of my New York City apartment. 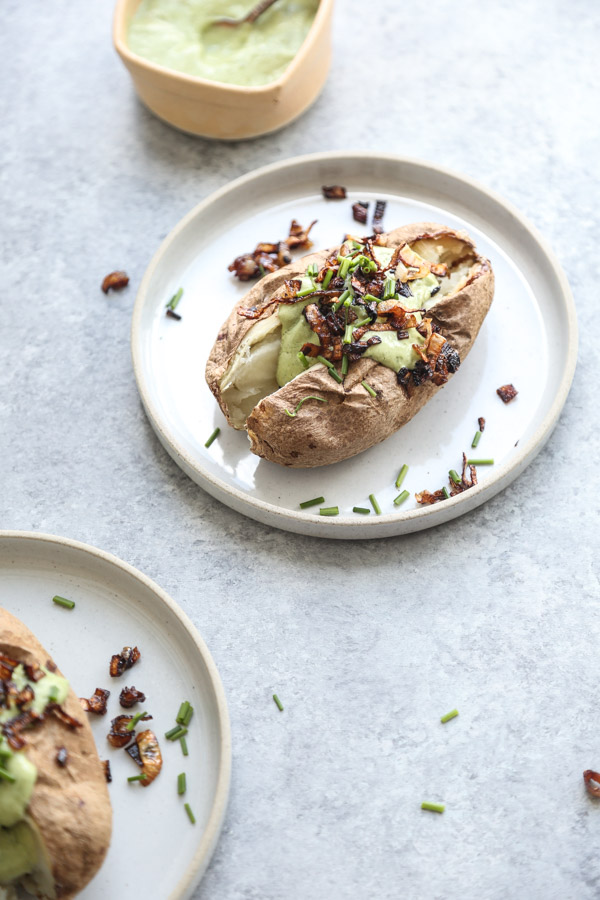 A whole roasted spud immediately transports me to the back woods of my camp in Vermont. I love imbuing that same comfort into my dinner parties, while making the garnishes fancy enough to serve to paying clients.

Instead of the usual sour cream, I’ve slathered them with green goddess sauce that’s lightened up with avocado, plenty of herbs, and Greek yogurt. Instead of bacon bits, this vegetarian recipe uses thinly sliced shallots that are lightly fried in coconut oil until golden brown.

They make the ideal side dish for a festive summer party, no matter what kind of mouse you are. 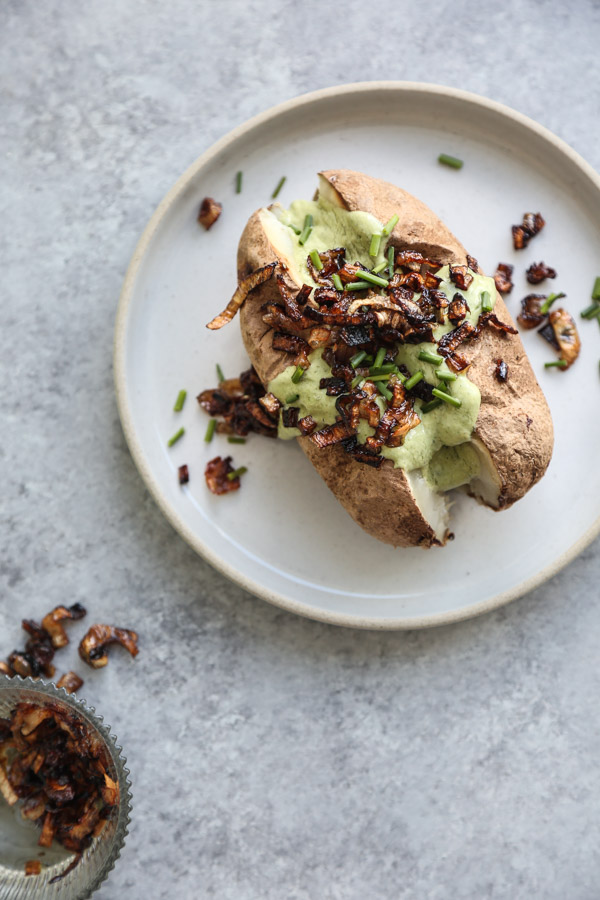 For the recipe, hop over to Wolf Gourmet‘s blog and see how their countertop oven got the job done!