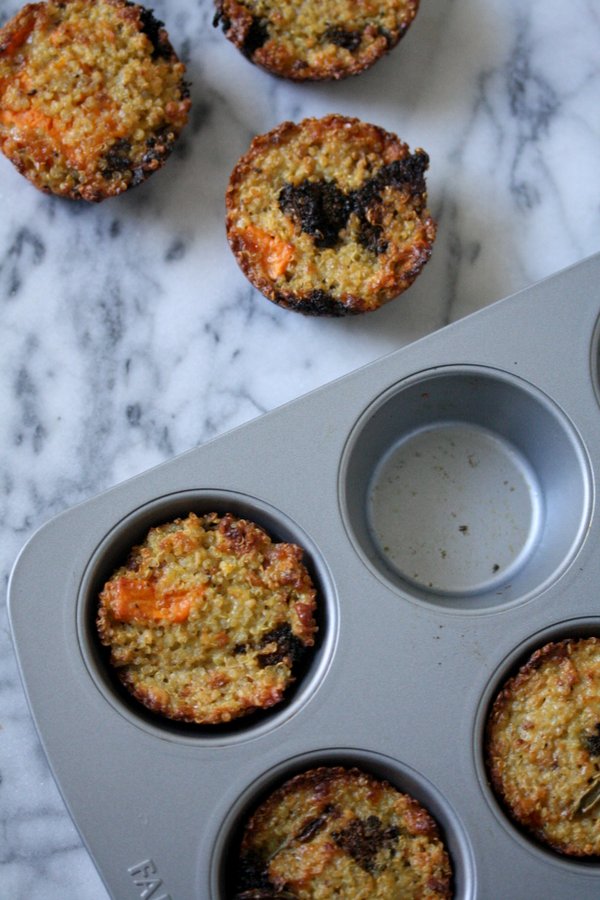 I churned this quinoa cakes recipe out of my kitchen on the eve of my departure for Kenya. My bag had yet to be packed, my hair was in a towel, and my apartment looked like tornado alley in June. But somehow in between digging through drawers for safari pants and searching desperately for my yellow fever card, I decided it would be a good idea to clean out my fridge the hard way. By baking something.

Charlie and I have taken some pretty big and epic trips this past year. Our shared travel bug has certainly tested the fortitude of our relationship in the face of long plane rides and inhospitable Cambodian customs agents, and also that of our intestines in the face of even less hospitable foreign pathogens. 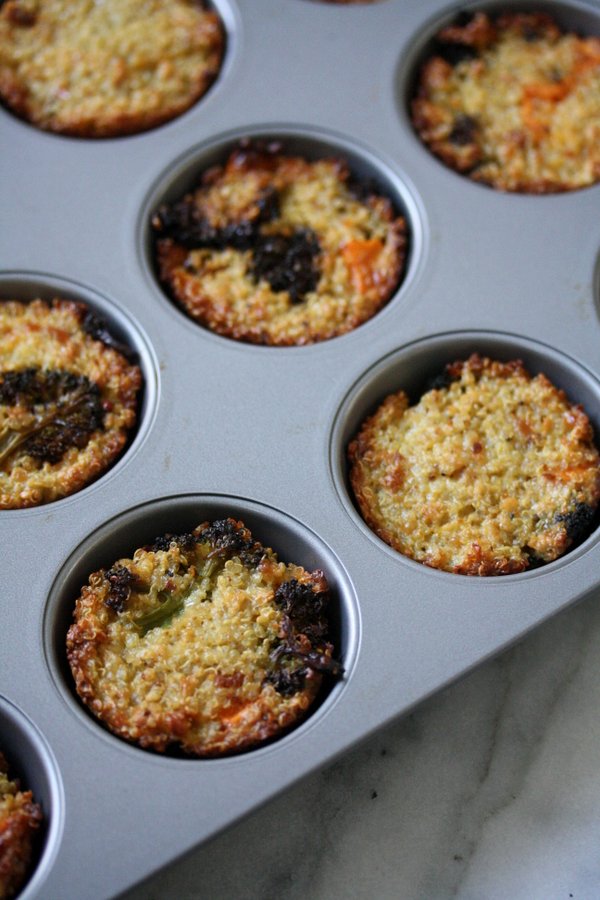 In the process, Charlie has become very intimately acquainted with what happens to my mood and mental capacities when I go a few hours without eating. This hangriness gets amplified in international waters and especially in foreign airspace. On our 21 hour flight to Vietnam, as Charlie chowed down on bowl after bowl of delicious Cathay ramen, my stomach was eating itself. This was, in fact, a more appetizing option than eating the special gluten-free meal I was served—a limp chicken breast over rice with three spears of broccoli (no sauce).

To save Charlie from a repeat of the near meltdown that ensued in the Hong Kong airport after so few calories and hours of sleep, I decided for our marathon Kenya air travel, I was going to be prepared.

I’m always in awe when I see healthy bloggers on instagram showing off their perfectly pre-portioned homemade food on airplanes. And I try not to actively hate them. But I’m also usually not together enough to ever do this. It’s hard to worry about finding a non-toxic Tupperware container for your marinated kale salad when your flight is in 2 hours and you just realized that you only have 2 pairs of clean underwear for a 10-day trip.

But our Kenya travels were going to be different, I decided. 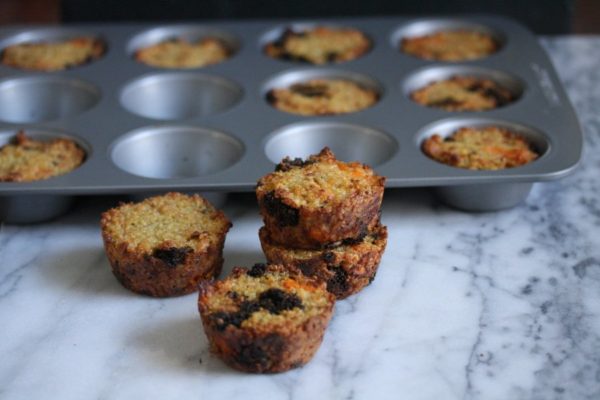 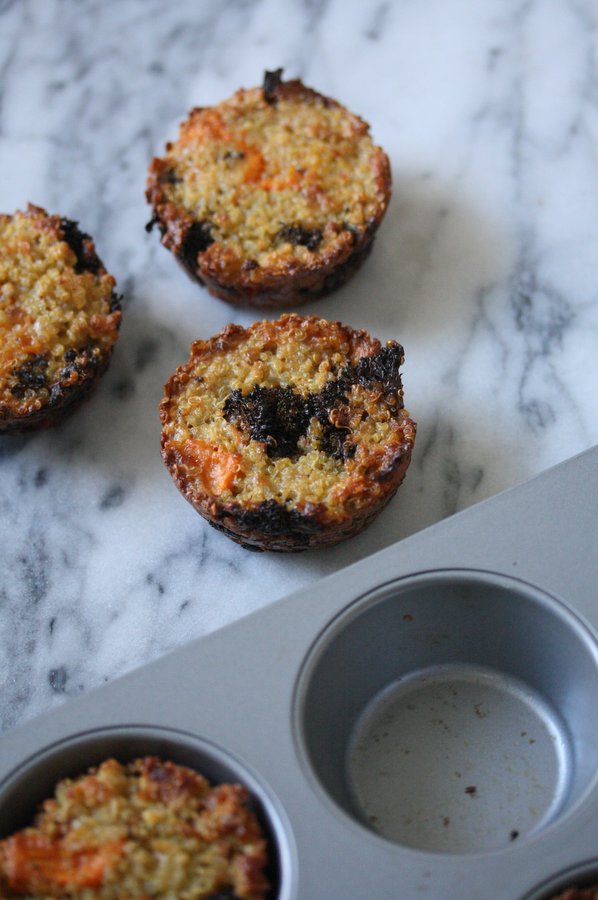 That afternoon, the universe spoke to me via Heidi Swanson. Her newsletter hit my inbox and in it was her favorite perfectly pre-portioned plane snack: quinoa cakes. Having stalked her travel posts in the past, I know that Heidi wears a lot of linen, which might make her just as supernatural outside the kitchen as in. Gluten-free is one thing, but wrinkle-free on an airplane? That’s beyond my pay grade.

Back to the task that was at hand: I had the quinoa. I had the eggs. I had a bunch of random vegetables that would not survive my absence for two weeks. So despite my extreme lack of preparation on all other fronts, I set off to make this quinoa cakes recipe the night before my flight.

I omitted the cheese and roasted up sweet potatoes and broccoli for the filling. Since I was rushing, I also skipped putting parchment strips on the bottom of each muffin cup, which turned out to be a big mistake. But the resulting cakes, once I got them out of the tins, were browned and delicious. 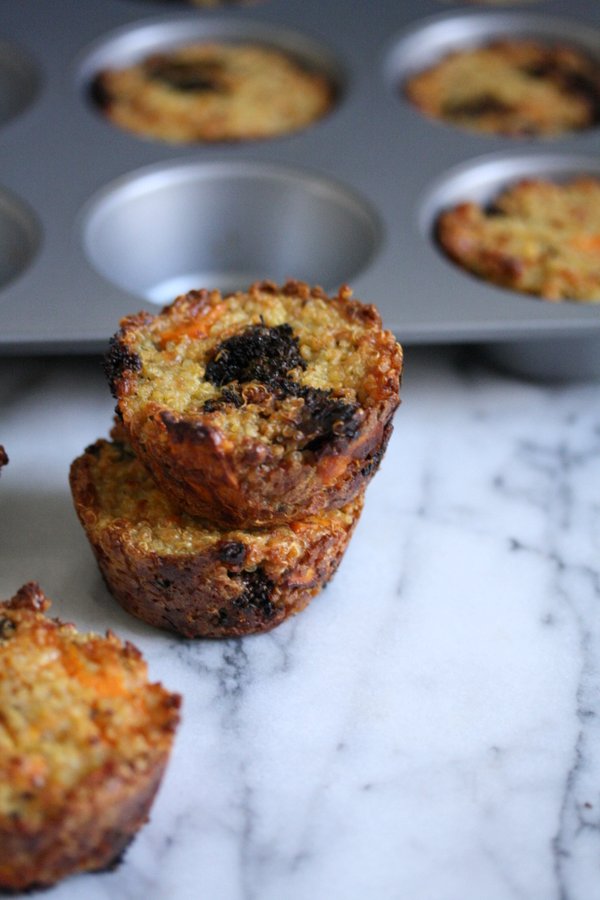 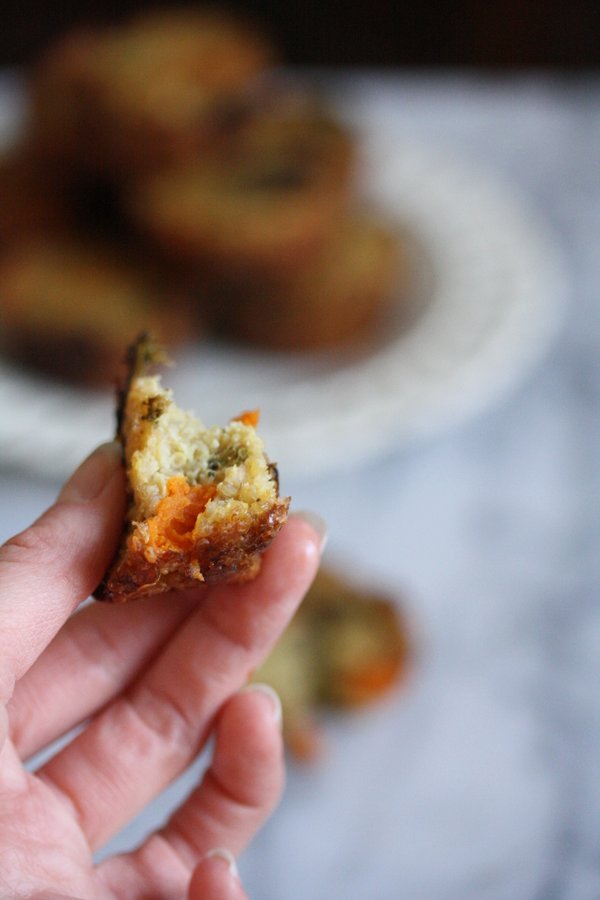 After I spent some more time trying to locate an appropriate Tupperware container (not non-toxic), I was so excited to be guaranteed a good, healthy gluten-free meal after take-off. I knew Charlie would be relieved too to know that I was sufficiently covered on the food front for 72 hours and therefore 50 percent less likely to cry.

The next day, before leaving for the airport, I snapped a few quick pictures so I could share my victorious travel food tale with you when I returned. It was about halfway to JFK when I realized what was still sitting in the fridge.

Even with all that preparation and dietary damage control, the first cry of the trip hit me while we were still in Queens. Luckily, plane food aside, it was uphill from there. When I got home, even though they were disgustingly stale, I force fed myself a few of the cakes so it all hadn’t been for naught. Sigh.

Since it’s Memorial Day and you might be traveling somewhere for the long weekend, I thought I’d share the recipe for these amazingly portable, healthy quinoa cakes. They taste best when they actually make it into your carry on, so just keep that in mind. 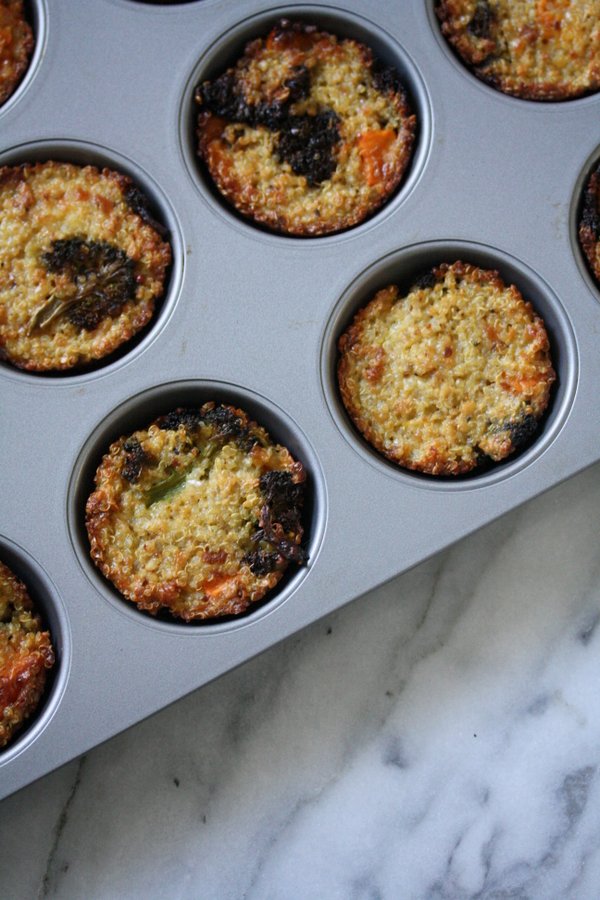 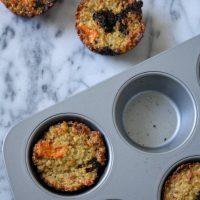