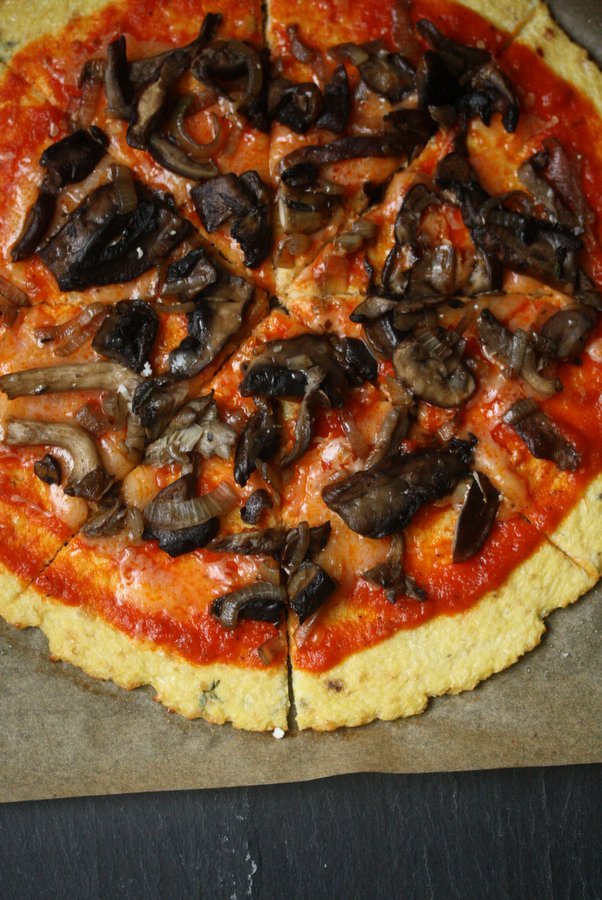 The food item that’s been most responsible for pushing me head-first off the gluten-free wagon is pizza. I confessed a little over a year ago that I have, on more than one occasion, shamefully eaten an entire pie of Co. pizza in the comfort of my home, a block away from the restaurant. This year though as part of my pursuit of wellness, I’ve been pretty good at maintaining the integrity of my intestines. But when I fall, I fall hard.

The last time this happened was in October at my friend Sophie’s wedding. There was a late night pizza truck, and when I saw all the other drunk people pouncing on the pies as they came out of the brick oven, like vicious glow-stick wearing hyenas, I just couldn’t help myself. One pie turned into three. And let’s just say it was a very long 7-hour car ride home from Maine the next day. 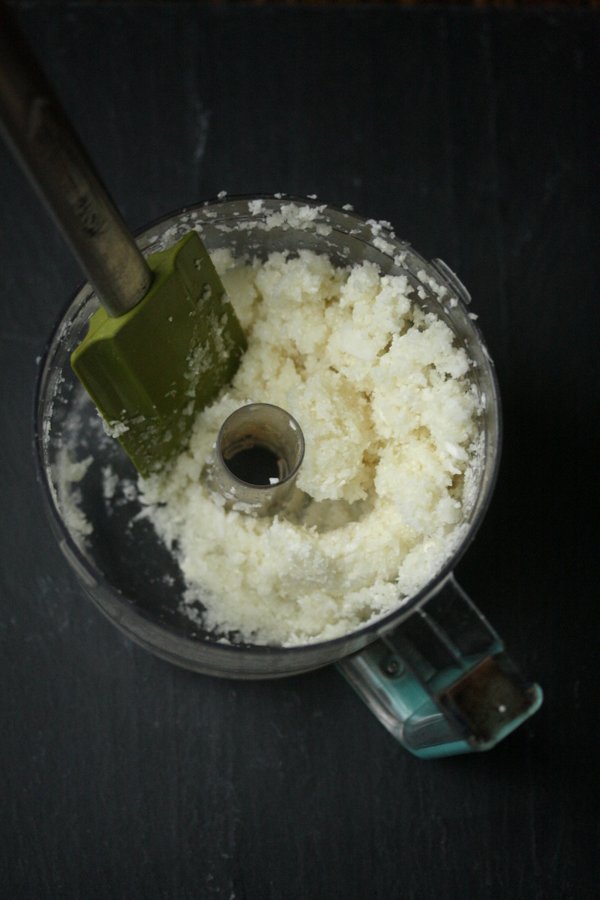 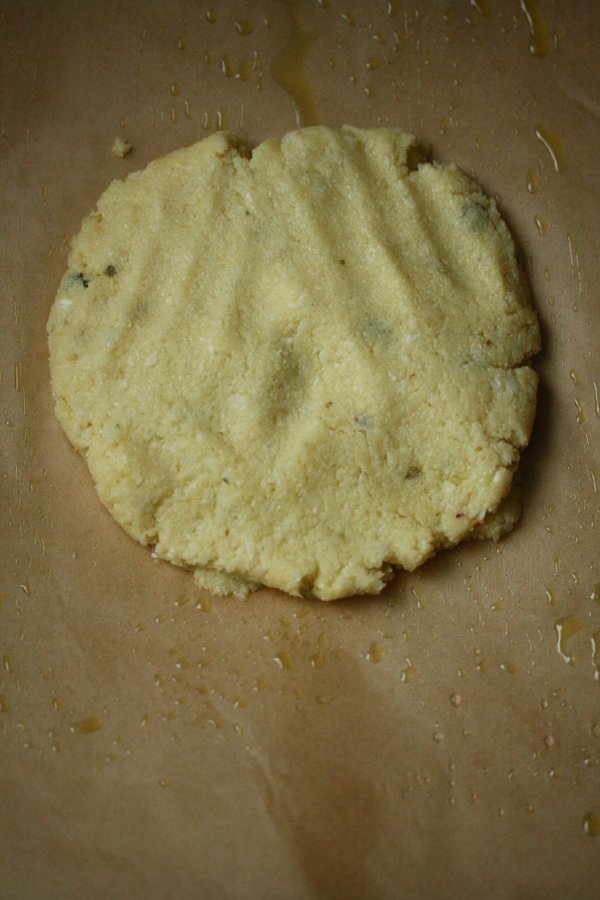 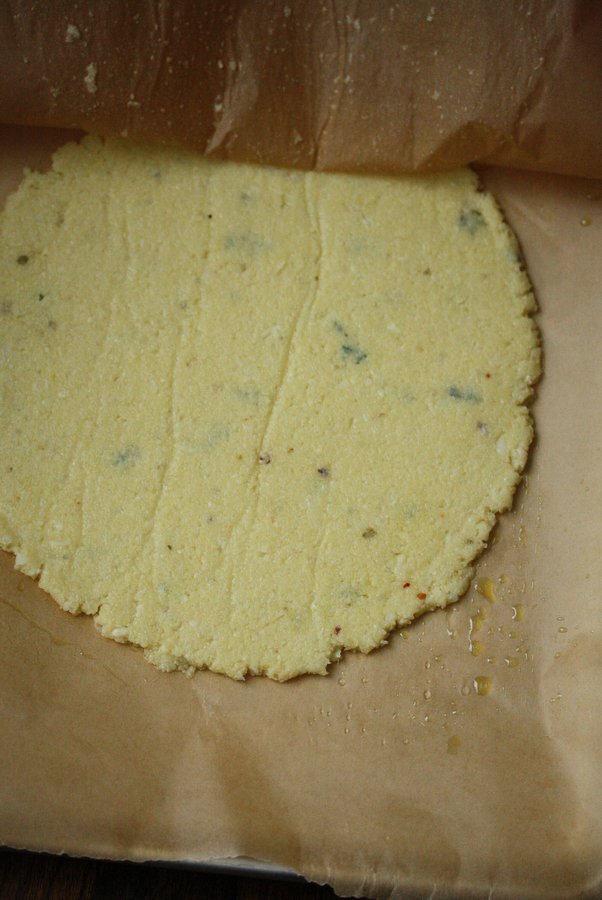 I recently had a meal with one of my virtual-turned-real-life blogger friends, Serena. She mentioned that her cauliflower pizza was one of the most sought after recipes on her site, and I felt like such a bad gluttard (almost as bad as when eating full pies of actual pizza) that I had never tried it.

Though making cauliflower crumbs, then cooking them,  then straining out all the liquid, seemed like a lot of work for one individual pizza pie, I love me a crust that doesn’t require 10 types of flour and xanthium gum. So put my skepticism on the shelf, alongside said 10 jars of flour, and gave it a whirl. 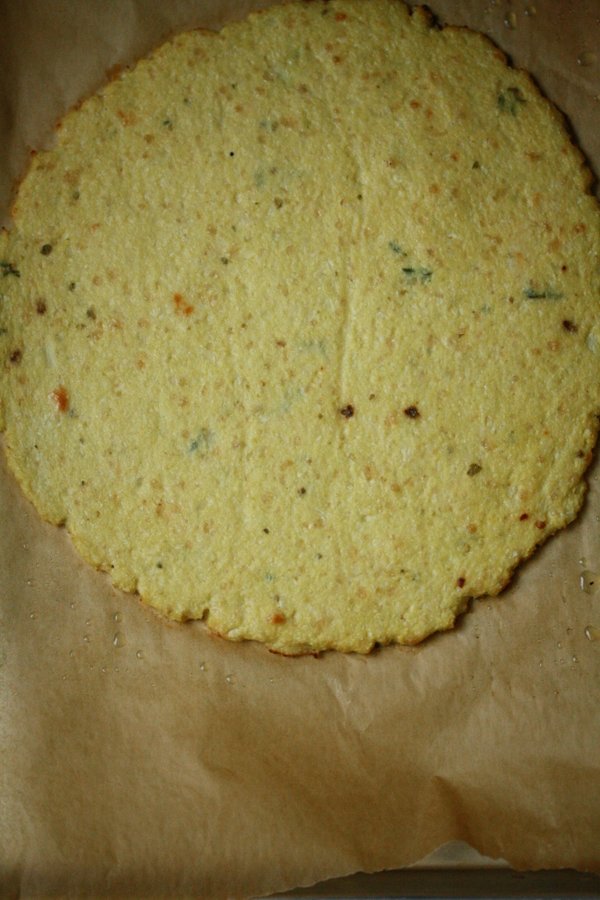 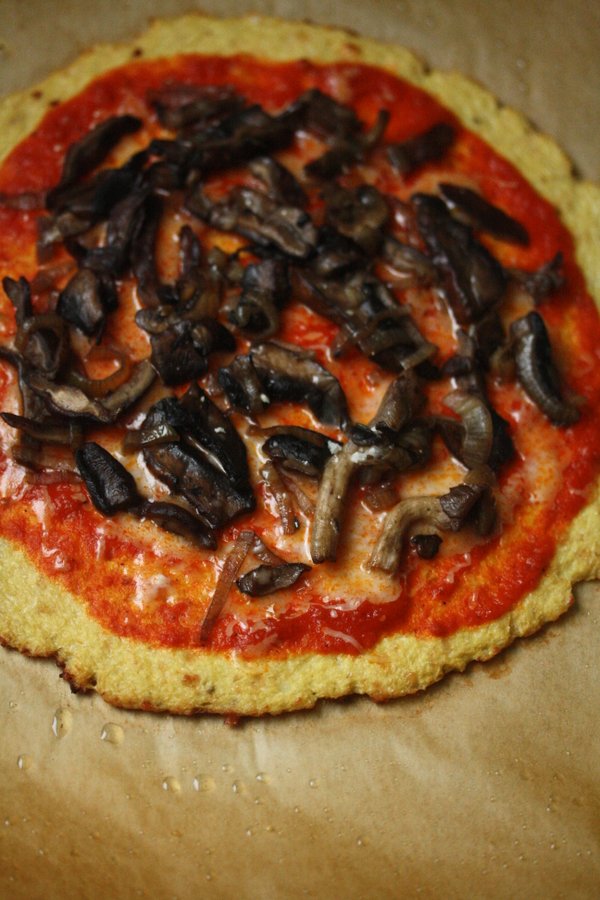 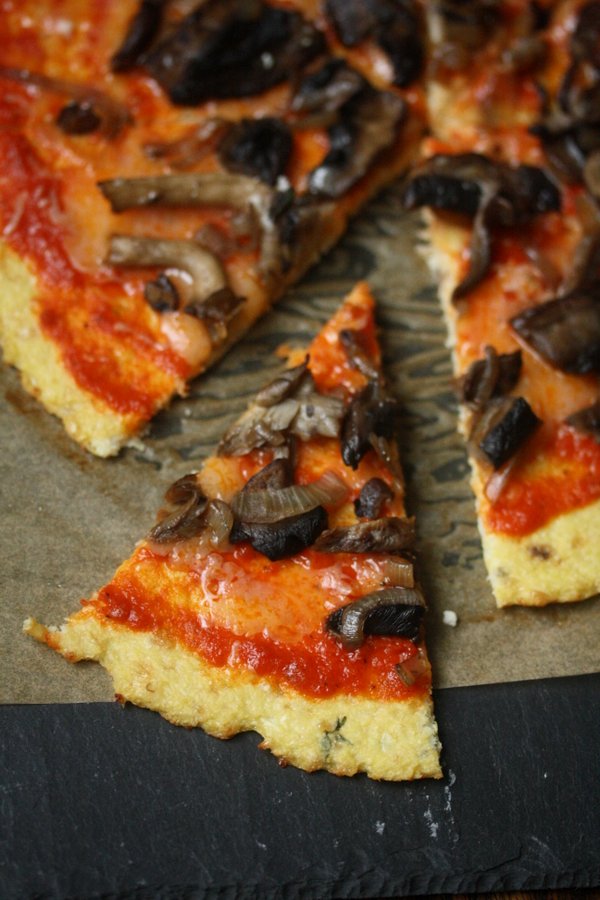 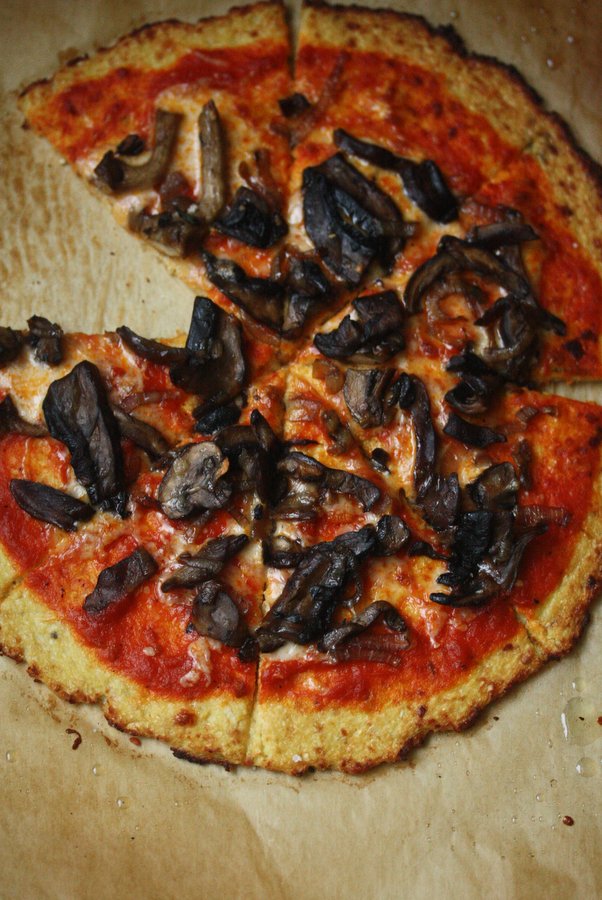 The process actually took less time than I expected, and once the cauliflower was sufficiently stripped of liquid, it came to resemble a rather nice dough (though nothing like any sort of airy baked good you’re used to). I had to bake it on a higher heat and for longer than I expected to get it nice and crispy, but the resulting cauliflower pizza was easier to pick up than my polenta version. I topped it with lots of sauteed wild mushrooms, as they do it at Wild, my favorite restaurant for GF pizza that sadly does not deliver to me.

My only word of warning is that you might not want to make this recipe unless you have a washer-drying ensuite. Because I woke up the next morning, tummy pleasantly sedate from the uncharacteristically un-self-destructive pizza binge, to a studio apartment that smelled like rancid cauliflower. Even after I bagged the two dish towels it took to strain the crumbs, the odor still managed to escape my laundry basket and poison the air. I ended up taking a meager 4 pounds of laundry to the wash and fold and telling my buddy Caesar that he could use the non-organic stuff that smells like synthetic raindrops just this once.

Has anyone tried this cauliflower pizza crust or others before? I’m curious to see how well it would freeze, so that I can make several batches at a time and eat gluten-free mushroom pizza anytime I want, and not just on laundry day. 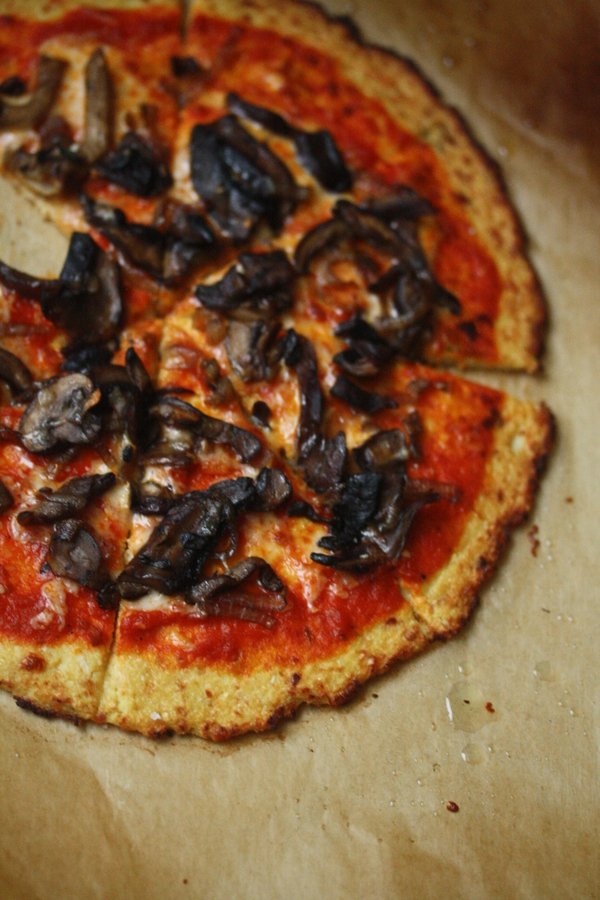 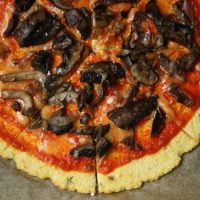 I found that my crust took longer to brown than most other recipes. Keep an eye on it after the first 10 to make sure it doesn't burn.

If you make this, tag @phoebelapine and #feedmephoebe - I'd love to see it!
8 shares