The first time I went to Amsterdam, I was 20 years old. It was the last stop of a post-study abroad backpacking trip with two of my girlfriends, circumstances that led to us having the kind of trip that make locals resent 20-somethings who come to Amsterdam. 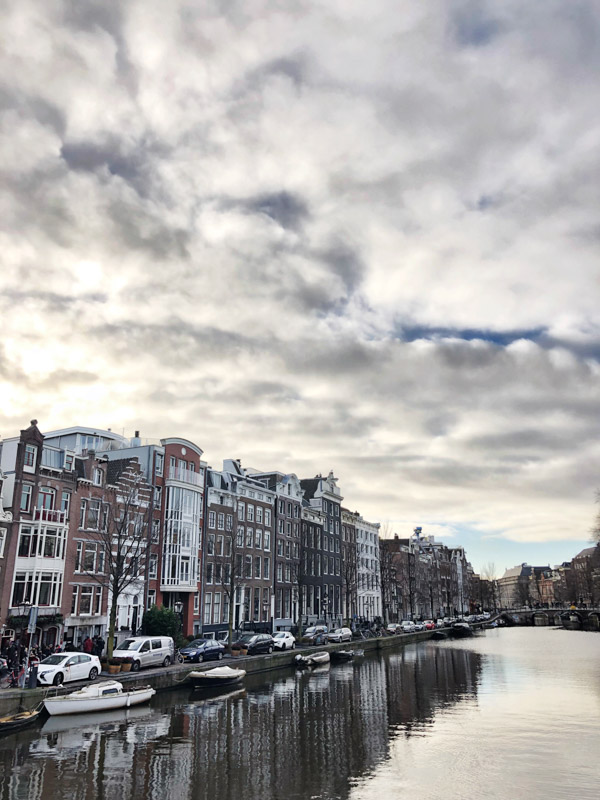 We went to the usual tourist bucket list haunts—the Van Gogh Museum, the Anne Frank House—but experienced very little of the actual city’s culture and food. (In fact, we ate both our meals at a fast casual concept called Walk to Wok that makes it very easy for people not in their right mind to order dinner using a 3-step menu).

As much fun as that was, when Charlie and I decided to spend a few days in the middle of our Paris trip jetting up to Amsterdam, I was looking forward to this visit being an adult do-over.

We decided to stay right in the heart of the Canal District on a quiet side street just a stone’s throw from the train station. When you’re relying mostly on traversing the city on foot or bike, proximity is key, especially for the days you’ll be lugging your luggage to and from the hotel. 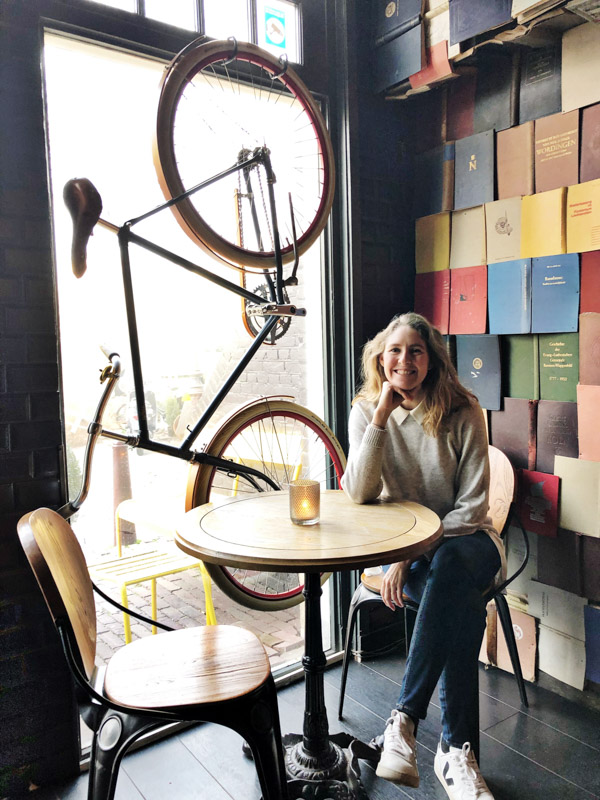 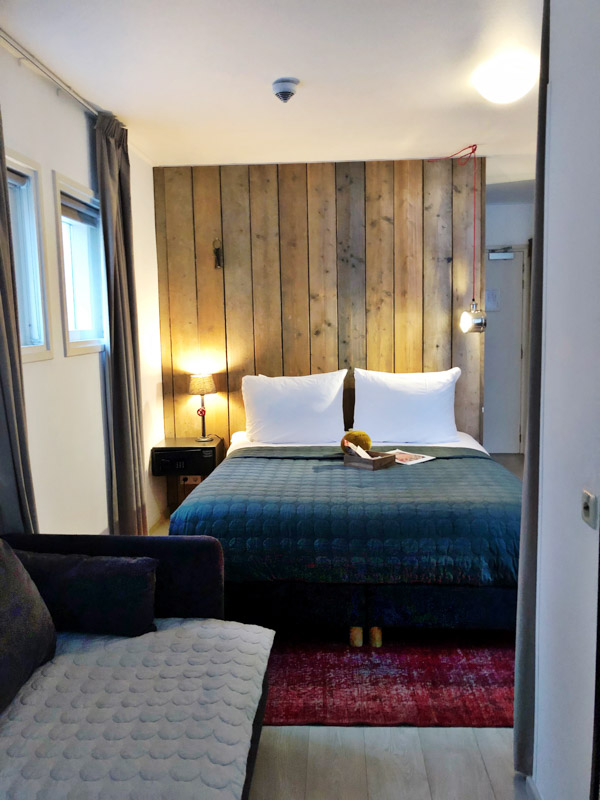 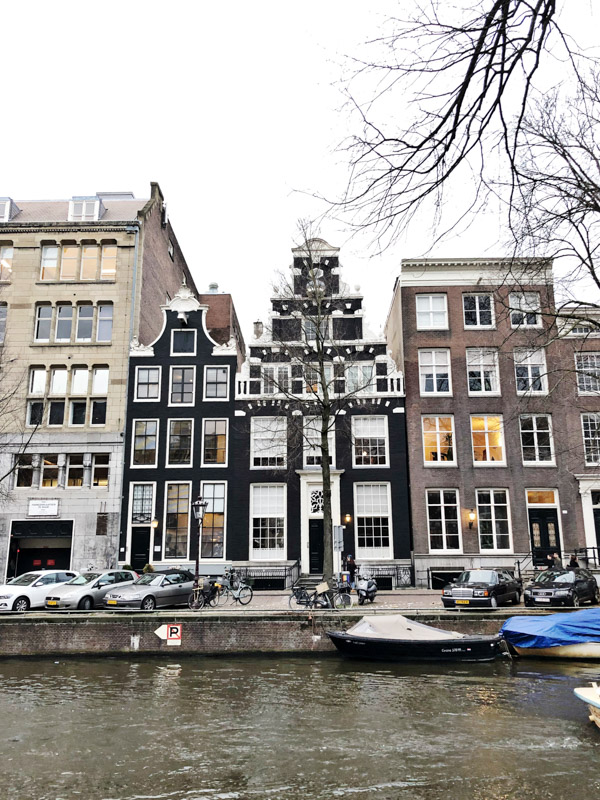 As for the hotel, we loved our stay at Max Brown House, a little boutique operation with quirky design touches and extremely pleasant staff. Our room wasn’t facing the canal, but it had an adorable little terrace that was nice to have, even if it was too cold to spend much time on it. So long as you don’t mind steep stairs, I’d highly recommend staying here.

We found it originally in the Goop guide, which also has some other suggestions for different price points. Max Brown was really affordable for the level of comfort.

As for what to do besides eat, which I’ll get to in a minute, we organized our long weekend around exploring various neighborhoods. The first day is a good one to visit museums and notable sites (like the Anne Frank House). Get oriented on foot, and then spend the second day biking around neighborhoods that are a little further afield. We loved exploring the northwest side of the city (Oud-West), which is apparently home to the Dutch 30-something set, and also Oude Pijp which is a little trendier (and also close to the Museum Quarter). You can’t go wrong wandering and popping into little shops. 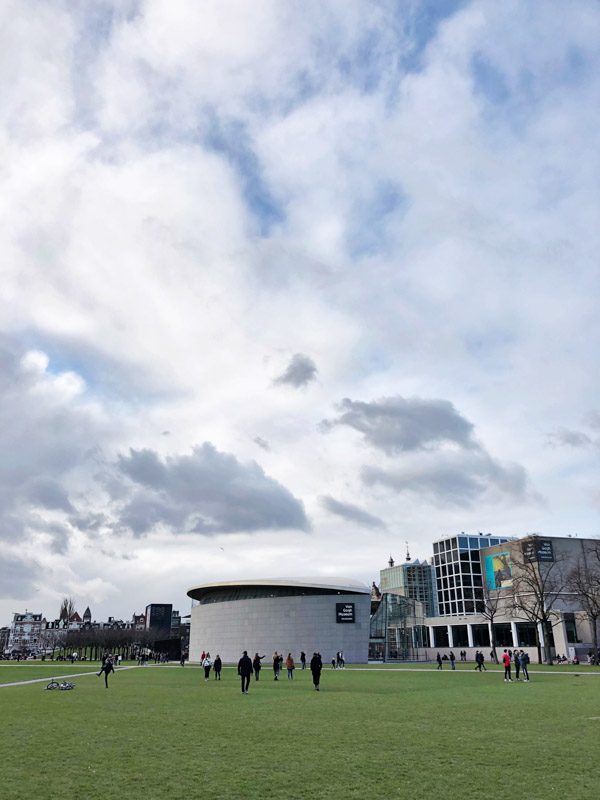 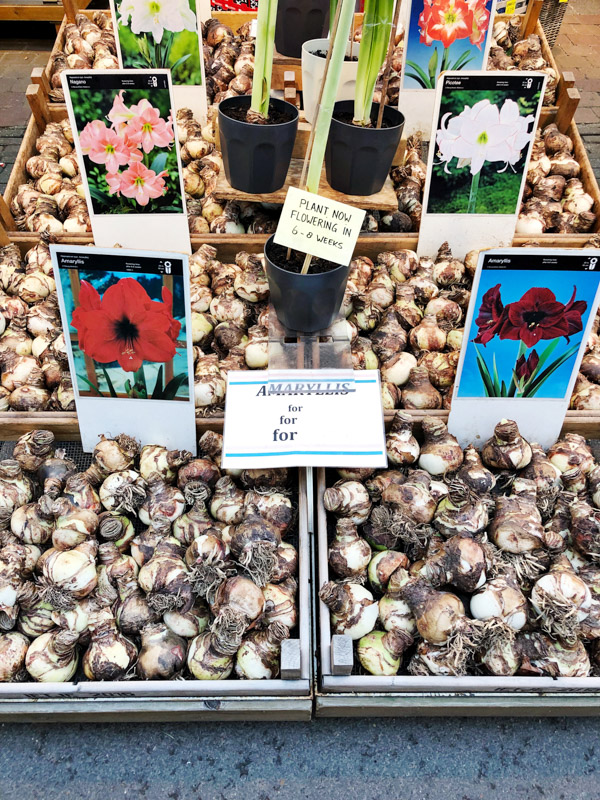 One piece of advice is to book your museum tickets in advance. Almost all the tourism is done online in Amsterdam and because of this, tickets sell out. Don’t expect to waltz up to the Van Gogh museum and be able to buy a ticket for that day, especially during peak holiday seasons.

Being gluten-free in Amsterdam was far easier than in Paris. Most of the cuisine is fairly fresh and veg-focused, with an eye towards edible flowers and other instagrammable touches. As I mentioned in my Paris guide, I found the gluten-free health scene in Paris tried too hard and ultimately missed the mark. In Amsterdam, it seems more of a natural extension of what they do best. Plus, everyone seemed much more aware of the allergy and spoke perfect English.

Even Dutch favorites like their large, spongey pancakes and crispy mayo-doused frites had gluten-free options available at most mainstream places. Pancakes Amsterdam, which is essentially Dutch IHOP, is very knowledgeable about cross-contamination. Other classics like the Dutch stroopwaffle, a thin sandwich of crisps with honey syrup in the middle, I was able to find gluten-free versions of at the market. Just look for the brand Lisa’s Choice. 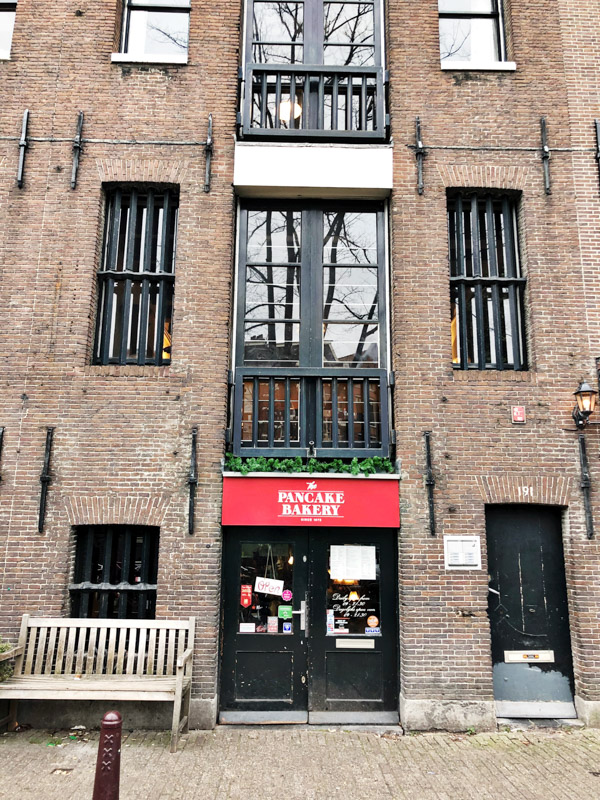 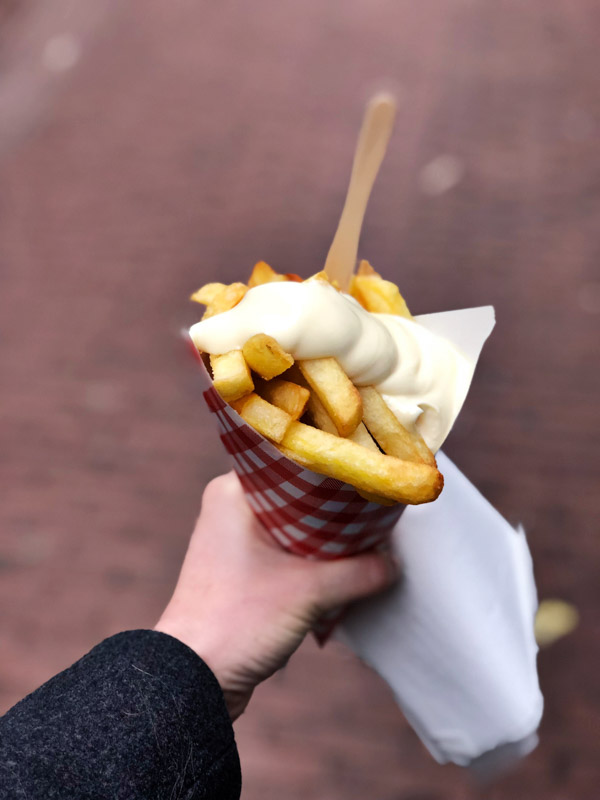 We spent 3 nights in the city, and wished we’d had one more to hit all the amazing restaurants and cafes that were recommended to us. I’ve included some of my Dutch friends’ picks that we didn’t make it to below in addition to the places we loved.

One final piece of advice before we get to the food: bring good walking shoes, and consider a spa day at the end of your trip! We absolutely loved Sauna Deco, which was a stone’s throw from our hotel. The interior is fabulous and the services affordable. Just be warned (I wish I was!) that all facilities are coed and Europeans are not in the slightest bit self-conscious about nakedness. The locker room, sauna, steam room, showers—all of it is co-ed, communal, full birthday suit and no one is putting their bra on under a towel like at camp.

What are your favorite places in Amsterdam? Definitely let me know in the comments section!

THE BEST GLUTEN-FREE RESTAURANTS IN AMSTERDAM

A close rival to Marius for favorite meal of the trip, Van Spit’s menu is equally simple, and revolves around my favorite blue plate special. The kitchen is on the side wall of the restaurant and is situated around a massive spit with chickens roasting over an open fire. You can order a whole or half chicken with a variety of sides: slaw, green salad, mashed sweet potatoes, fries, and apple sauce. That’s it. The bird comes with all the condiments, including an epic spicy piri piri sauce. Don’t miss the slaw, which was fresh, bright and perfect. The restaurant has locations in several neighborhoods. We chose to go to the one in the North West area and have a drink at Foodhallen before. It’s apparently, where the 30-somethings live and we were pleasantly surprised that we were the only tourists in the restaurant. 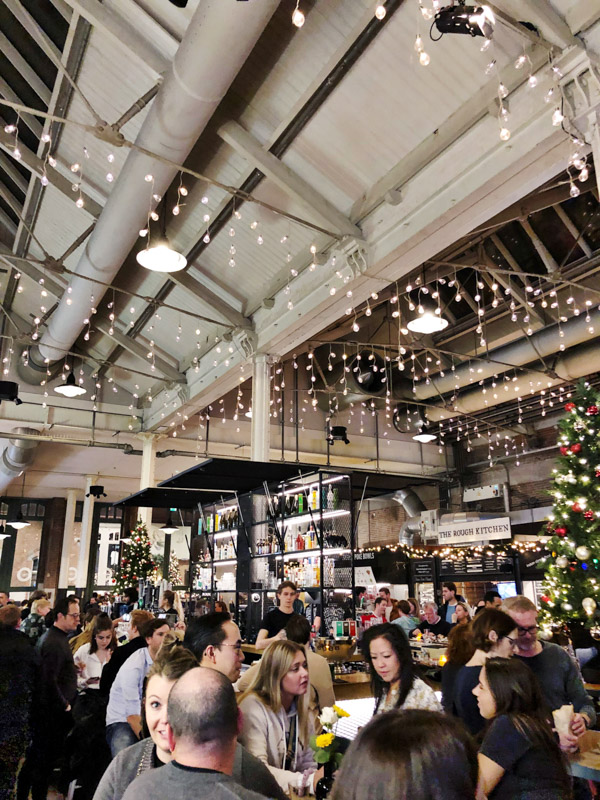 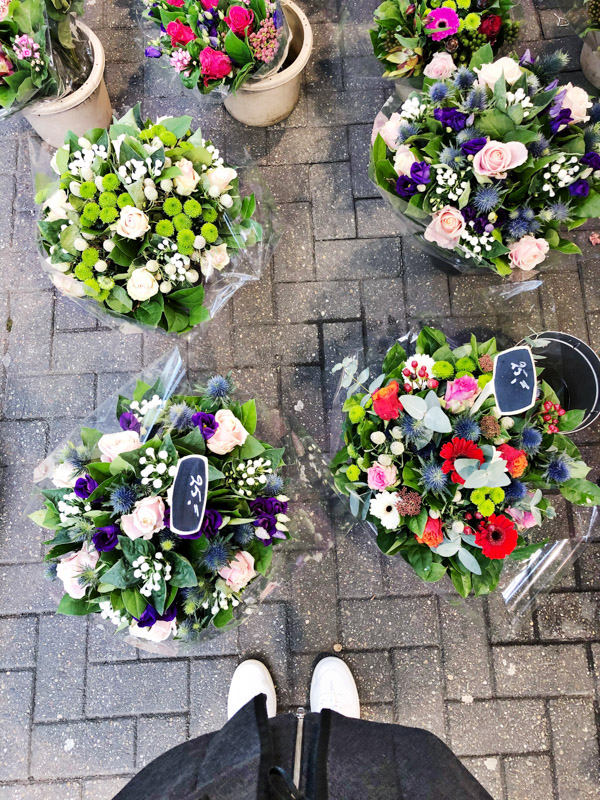 Pretty much Time Out Market meets Chelsea Market on steroids. This massive warehouse has stalls from some of the best restaurants in the city and includes pretty much every cuisine under the sun. More importantly, there’s a gin and tonic stand. Grab a drink and a few snacks, and perhaps catch a late movie at the cinema next door.

We had a fantastic brunch at this Aussie-run cafe. My breakfast kimchi fried rice was full of probiotic goodness, and topped with oily, nutritious smoked mackerel. You can also get a hot water with lemon, mint and ginger to wash it all down. The dream! 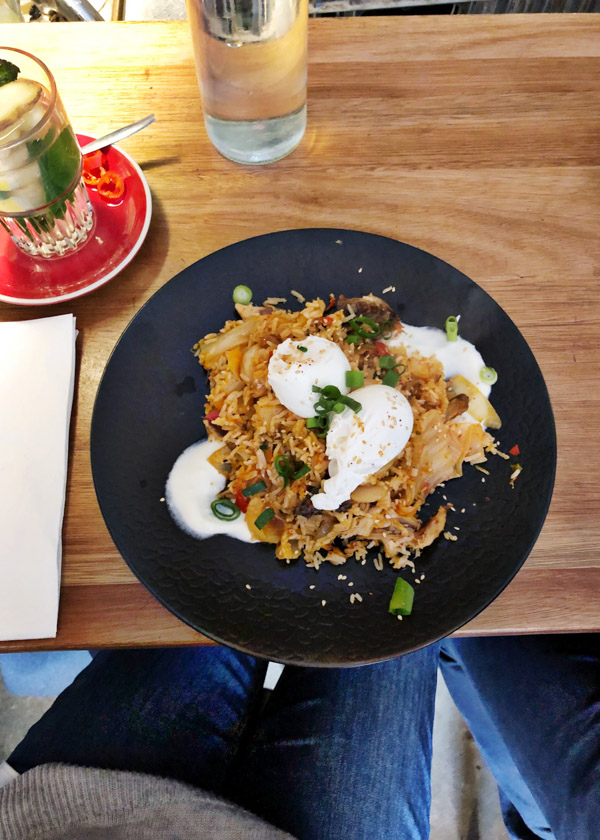 Pancakes are the thing in Holland, and contrary to our “dutch baby” recipes back in the states, they’re closer in composition to a crepe than a baked soufflé-like pancake. Luckily, there were a few gluten-free options for me to try. The main chain Pancakes Amsterdam is apparently good about cross-contamination for celiacs. This place was not, but I enjoyed our meal nevertheless. I wished I had gone the savory route, but it was fun to try the pancake plain with syrup and sugar. Verdict: I prefer the pancake man’s pancakes. Sorry Amsterdam!

I refused to leave Amsterdam without first having a cone of frites slathered in mayo. This little outpost was worth braving the H&M shoppers of the inner square to sample. They have a lot of different sauces, and it was fun to parse out the nuances of Belgian mayo versus regular mayo. Still not sure the difference, but it turns out I like all mayo. Who knew? 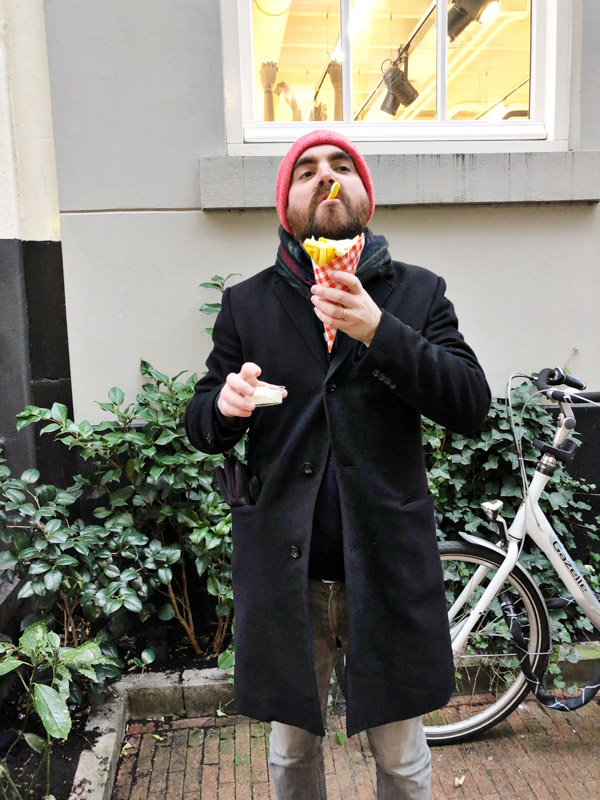 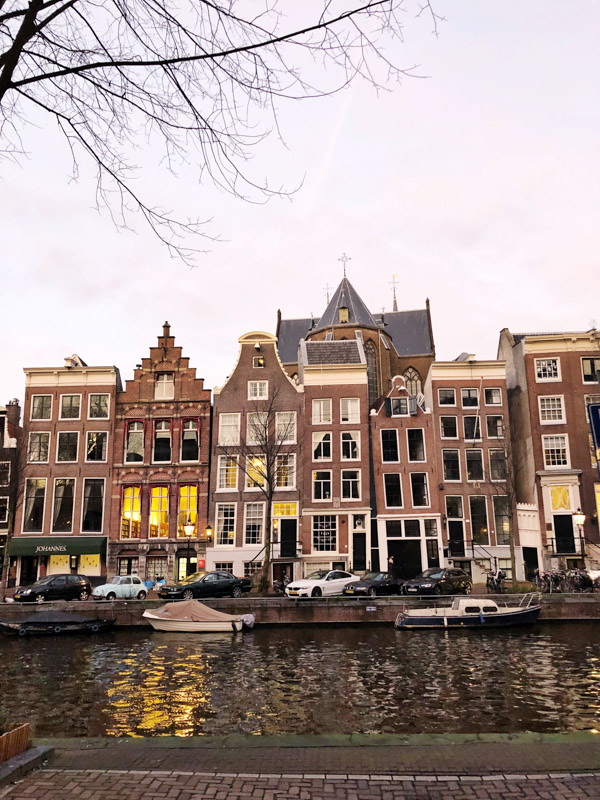 Before heading to Little Collins, we tried to get into this much kvelled about breakfast spot, only to be told that it would be an hour and a half wait. This was no joke, as we did indeed receive a call almost 2 hours later when a table freed up. Obviously, we didn’t make it, but the hype just makes me want to go back to Amsterdam to try it! The museum area isn’t too far, so you can always put your name down and check out Van Gogh before heading back and enjoying your avocado toast.

A very cute coffee shop in the canal area. 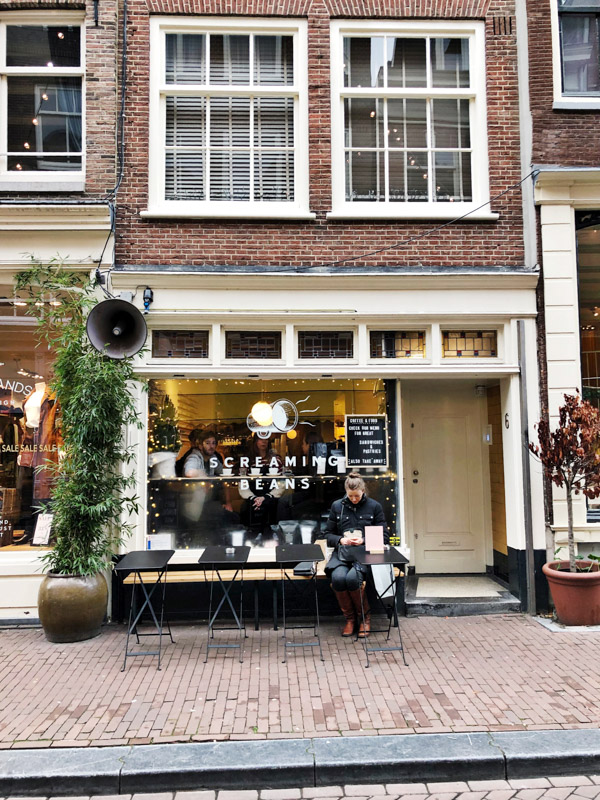 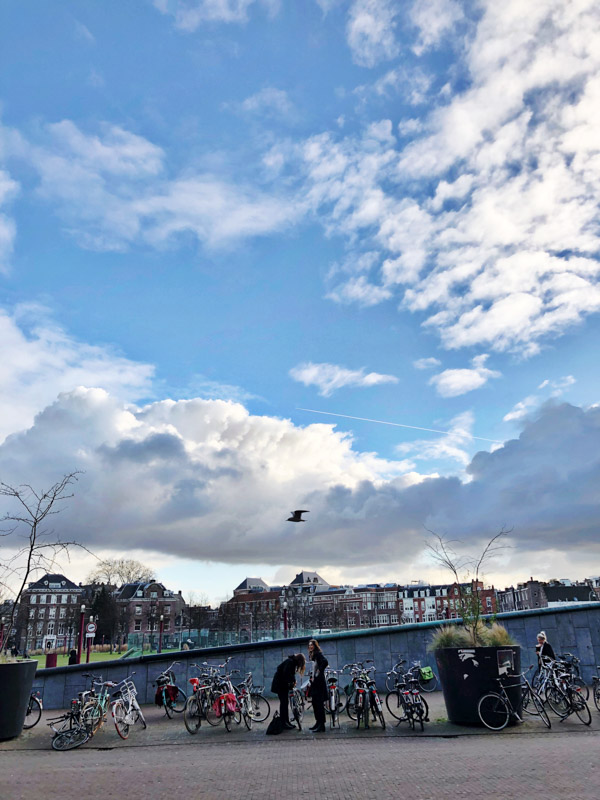 A small lunch spot for healthy Lebonese food with plenty of vegetarian and gluten-free options. We passed this place a few times and wished we had gone!

This is a beautiful restaurant in a garden with a greenhouse attached. According to our friends, the setting is spectacular and the food is very good. Go for lunch so that you can have a walk around the gardens afterwards. The location is a little far afield, so you’ll want to bike!

A sweet tea room / cafe for a light lunch. Yet another place we couldn’t get a table at! Next time. 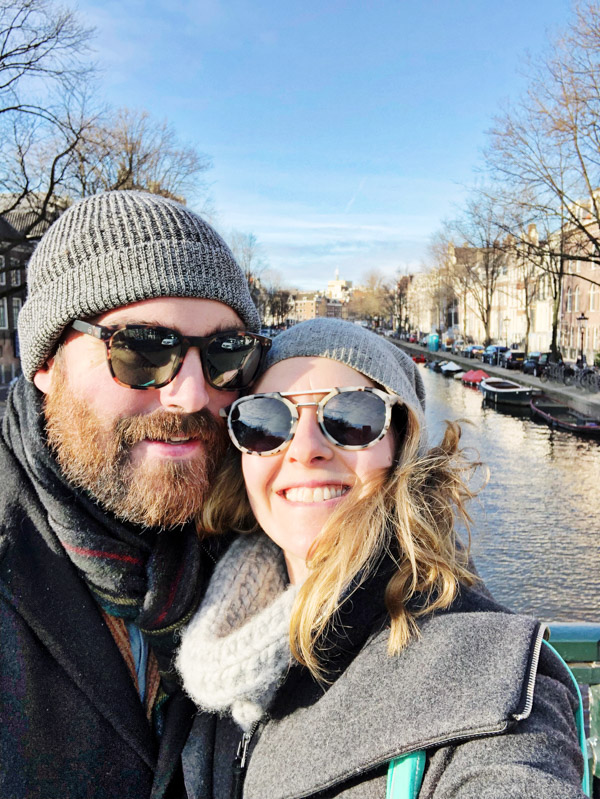