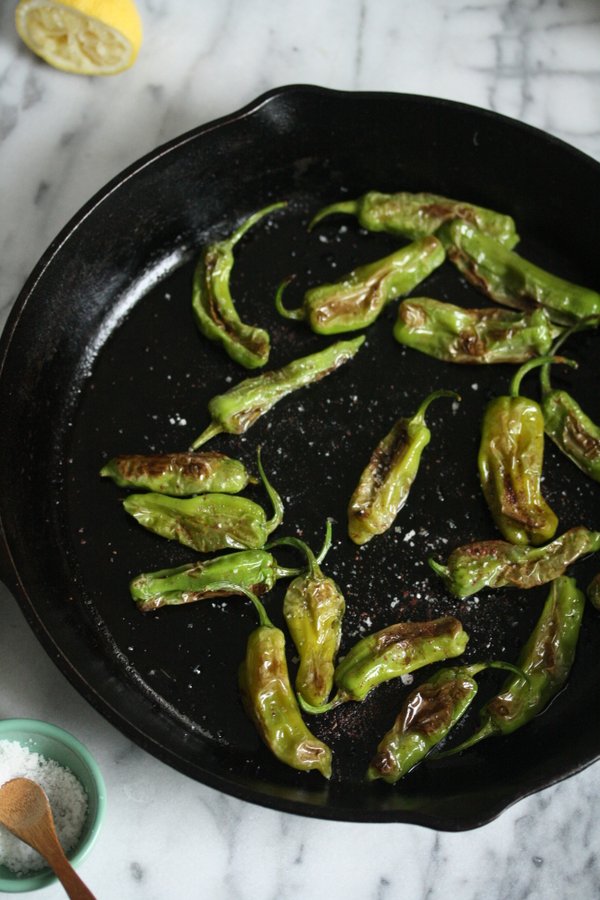 Before trying our luck ordering green apple saketinis like the best of the brace-faced Carrie Bradshaw wannabes, we would order a few nibbles for the table, including these peppers. While shishito peppers are now just as commonplace as edamame on menus, at the time this was a revelation. (As was tempura-ing green beans and putting jalapenos in a sushi roll). 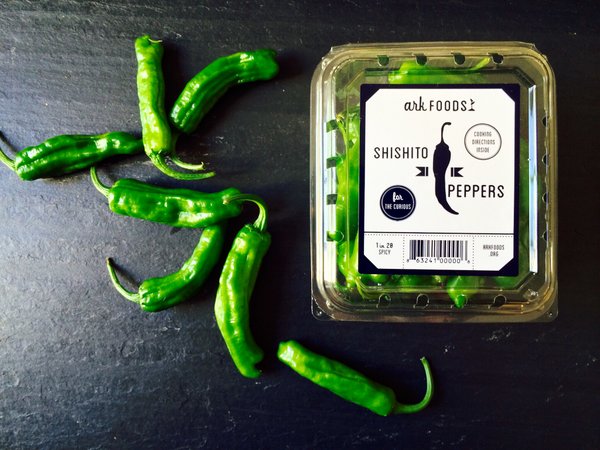 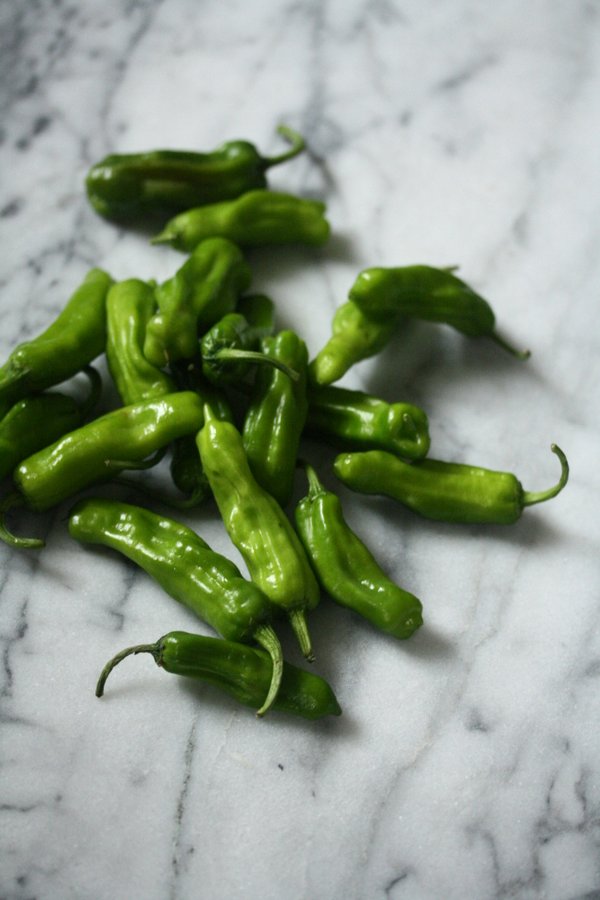 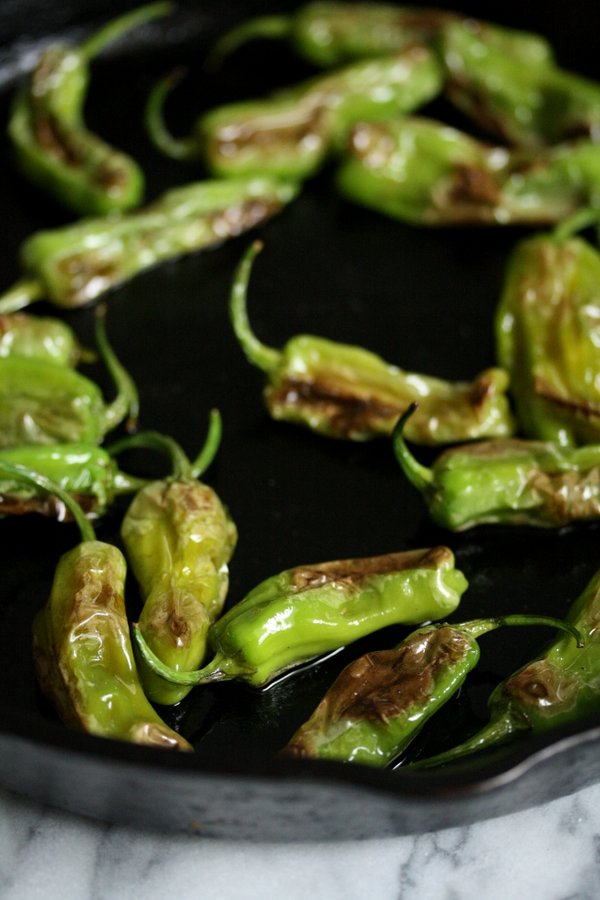 But unlike edamame, which pretty much now has its own zip code in the freezer aisle, shishito peppers haven’t taken off in the home kitchen in the same way as other new millennium fad foods, even though they are arguably just as easy to throw together as a party appetizer or healthy snack. My friend Noah is trying to change that, and I for one, am super excited by his efforts to bring blistered shishitos to the masses.

His pepper brand, appropriately named Ark Foods, just started selling their wares in the grocery isle of Whole Foods with simple tips on how to get the perfect blister (6 or so minutes over medium-high heat with just a bit of oil or butter). To show my shishito solidarity, and slowly make my way though the massive bag his sister gifted me, I put together a simple recipe with sumac salt to give your peppers a little extra something something. And because I’m not Sushi Samba, that little extra something something will not cost you 14 dollars. 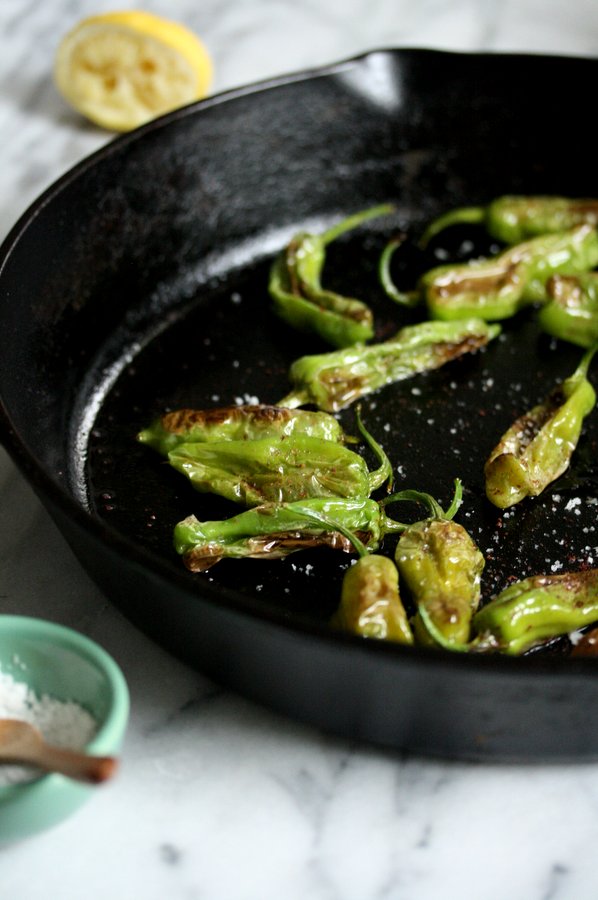 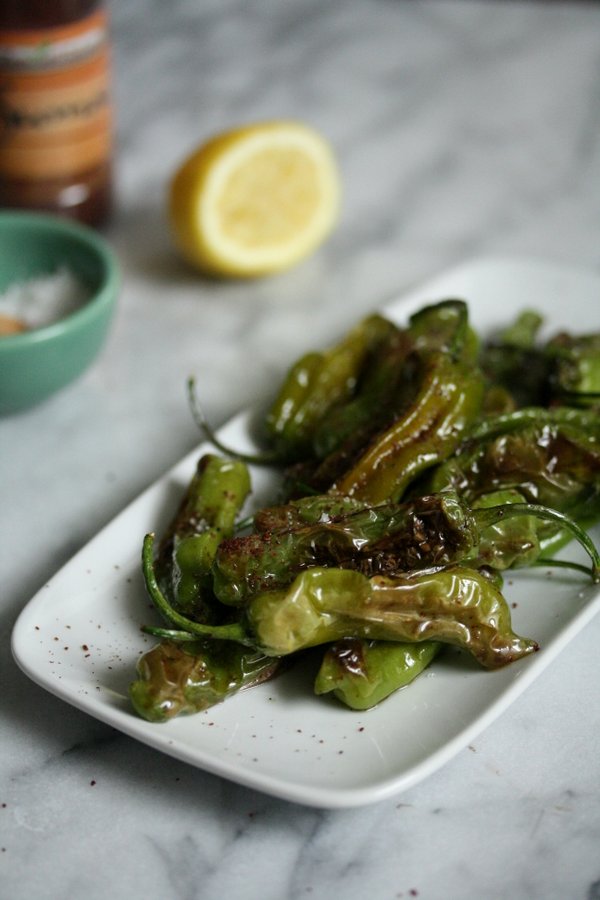 Sumac is a Middle Eastern spice I’ve been playing around with lately. It’s particularly good to finish off a dish, like popcorn or roasted potatoes. Together with a little lemon juice, it gives produce a slight tang that you can’t quite put your finger on.

Given that Halloween is coming up, I thought this shishito peppers recipe would be a great addition to your terrifying tablescape, complete with Cannibal Kebabs and Zombie Scab Dip.

Keep an eye out for Ark Foods in your grocery store and make some pepper magic happen at home, where no one will ever card (or judge) you for your saketini. 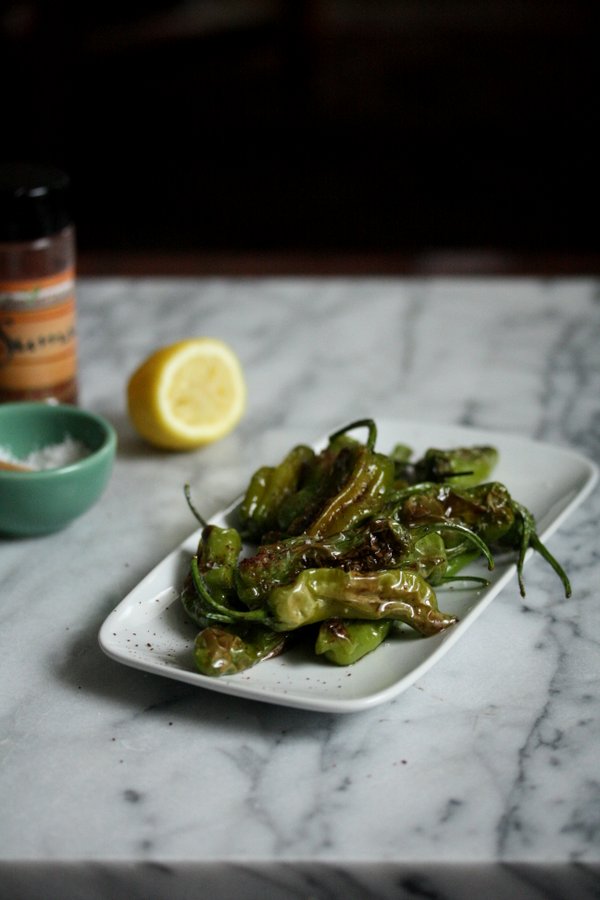 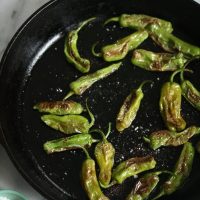 If you make this, tag @phoebelapine and #feedmephoebe - I'd love to see it!
96 shares