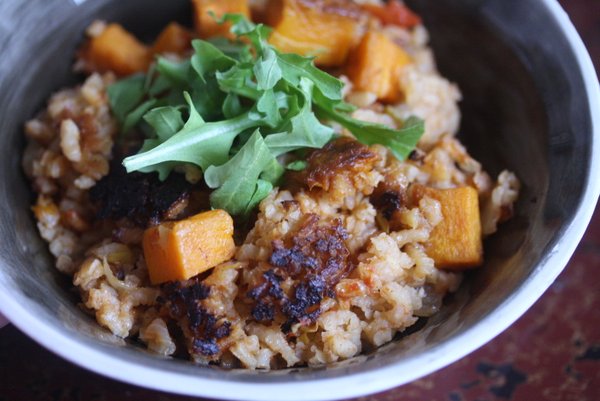 Holidays aren’t really the same when you work from home. Today is kind of Monday, per usual. I allowed myself to sleep until 9am, which was a treat. Perhaps I’ll permit a late afternoon solo movie excursion. But I think the biggest break will be keeping this post short and sweet, and giving myself and you all a break from my daily reporting of these mundane life details.

I’ve been talking up this paella for weeks. It was my vegetarian option on New Year’s Eve, and the centerpiece of a veggie dinner party I hosted a few weeks ago with this as the starter.

Paella is one of the dishes from my cookbook that everyone seems to make and love. So I’m using that as evidence that you’re going to do culinary cartwheels over this seasonal, veggie version as well. Have I made my case yet?

Okay, awesome. Time to go get dressed and heat-up leftover Cauli Caponata and do work while watching the inauguration.

How are you all enjoying the holiday? Let me know in the comments. I’ll respond during commercial breaks, in between Kelly Clarkson and Beyonce’s wailing. 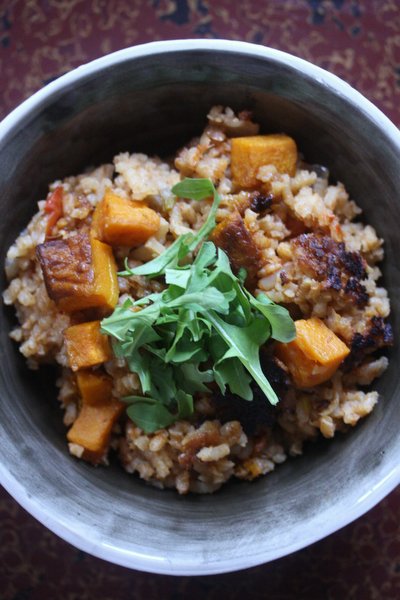 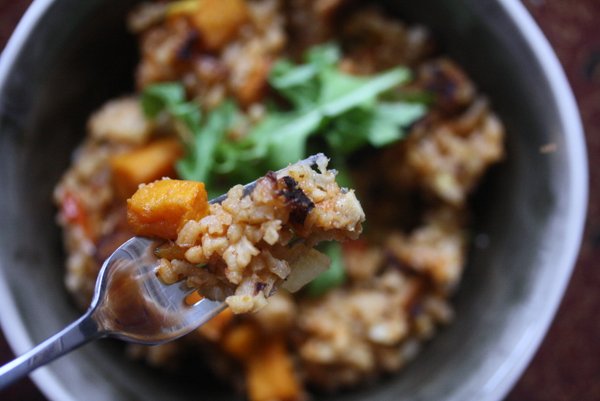 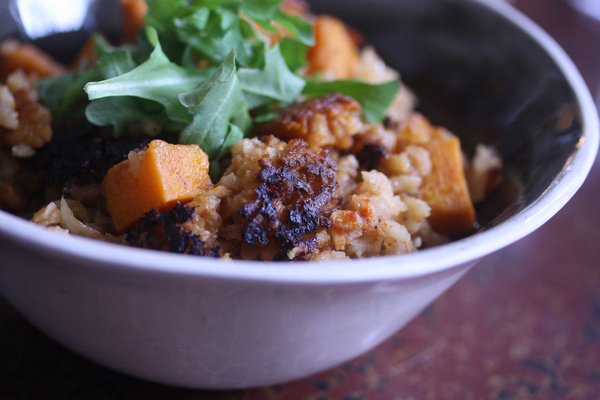