The last time I visited Rome, I was in a very different phase of life. 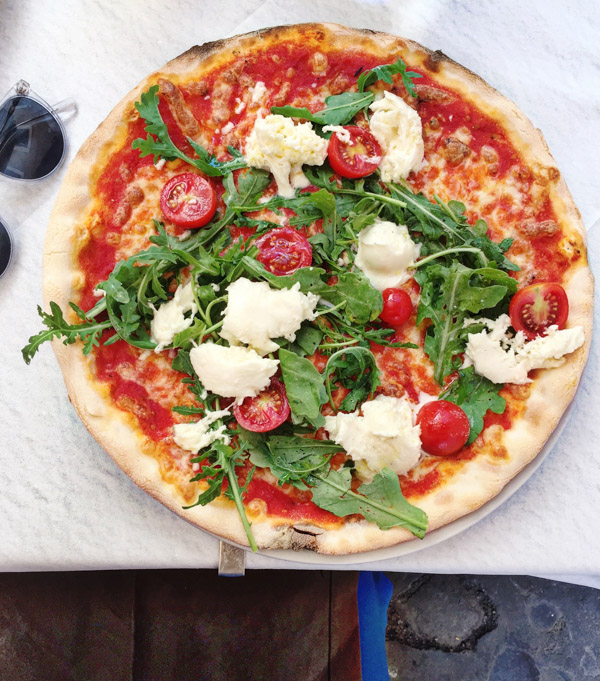 It was a six-month long study abroad program, and I was a sassy 19-year-old living in a small walk-up off Campo Di Fiori with five other slightly less sassy students. Though a desire to taste test buffalo mozzarella and find the best amatriciana in town was a big reason for going, once I figured out what my allowance would allow for in euros, I quickly had to recalibrate the scale of my food pursuits.

My time there was mostly spent eating pizza a taglio, drinking bottles of red table wine in faux wicker baskets, and tracking down the best aperativi spots that offered enough free appetizers to qualify as dinner. 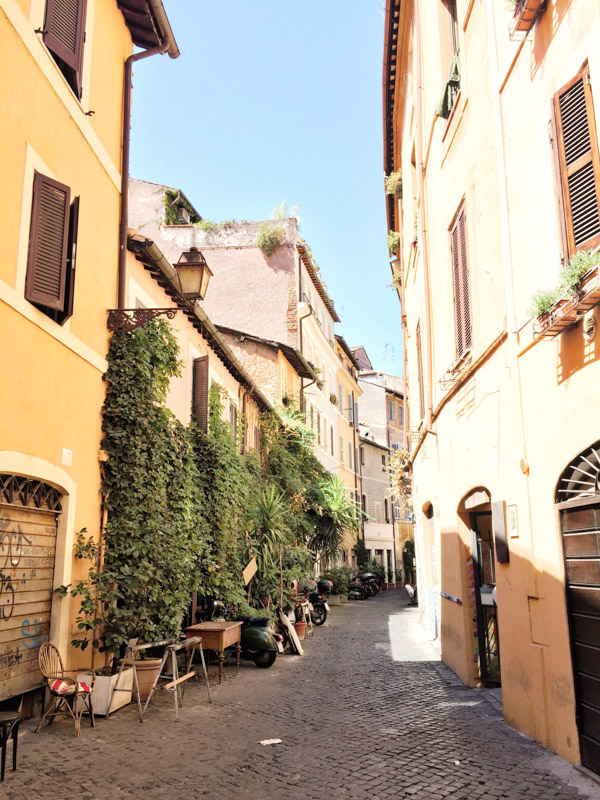 So when it comes to the best restaurants in Rome, my experience actually living in the city left me more or less clueless. This turned out to be a blessing in disguise for my recent trip in August—one that prevented me from feeling too sad about not being able to revisit my old pizza a taglio spots as gluten-free traveler. After all, there were so many new (yet old) places to try now that I could actually afford them.

In Italy, things change at a glacial pace. But I was pleasantly surprised by how far the food culture has come in embracing special diets.

Gelaterias proudly displayed their sorbetti labeled with a vegan symbol, and most had individually wrapped gluten-free cones for those who needed them. The gluten-free awareness was so pervasive, in fact, that in spite of my non-elastic waistbands, I was able to eat pasta for almost every meal. 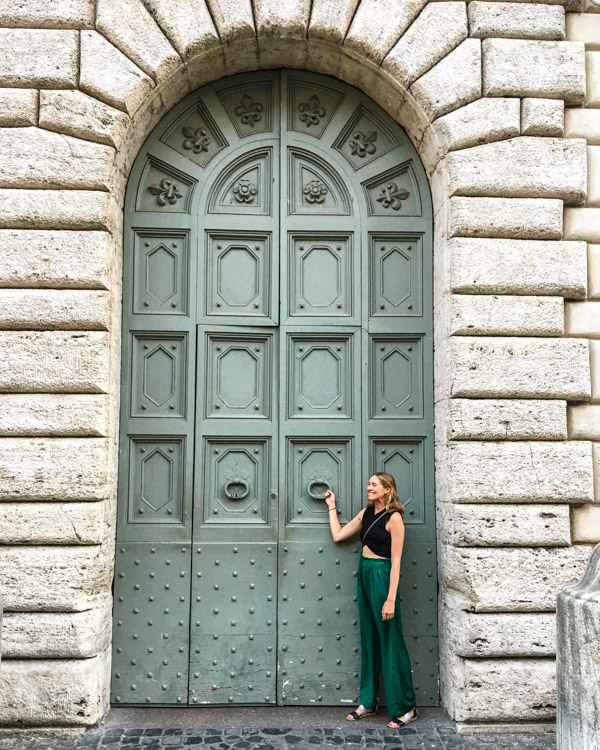 When I recap the full Italian road trip itinerary in a later post, I’ll share some of my healthy hedonist tips for making it home with fully functional organs and limbs that don’t resemble noodles. In the meantime, though, here are a few basic pointers for eating gluten-free in Rome:

Read on for some of my favorite gluten-free friendly restaurants in Rome and what to eat there! 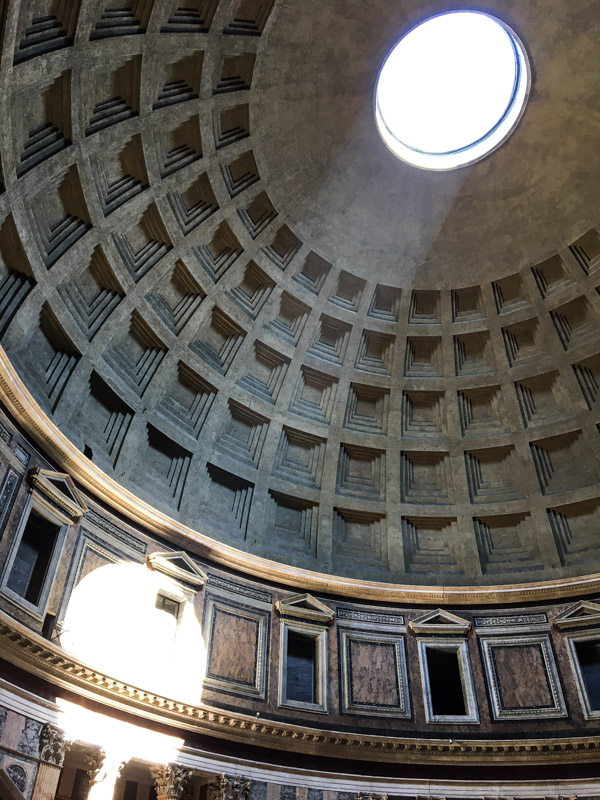 Literal translation: I want some pizza. And holy moley did I ever want this pizzeria’s pies. There are non-GF options (like a self-contained lasagna on their counter), but Voglia primarily caters to celiacs, and gives us the wood-fired oven crust we’ve all been missing. The portions are very large, so perhaps work in a nap afterwards. And make sure to at least save room for gluten-free tiramisu for dessert! Pro tip: if you happen to be nearby and in need of more, they will transfer it from the Pyrex bowl into a to-go container for you.

This family-run neighborhood spot is a little bit of a hike, in a suburban area at the end of the 8 tram from Largo Argentina. But if you’re gluten-free it’s well worth the adventure. The restaurant is known for its fried starters, and a handful of them—the suppli, eggplant croquettes and pesto meatballs—are offered fully GF. The suppli are very similar to arancini, deep fried rice balls with tomato and mozzarella. They were one of my favorite snacks when I lived in Rome, and it was a revelation to get to taste them again. They also offer assorted gluten-free pastas, which were perfectly cooked, but I wasn’t as wild about my amatriciana sauce. Maybe I was jaded by the end of the trip? Make sure to ask for the cheese on the side if mountains of pecorino are not your bag. And save room for the panna cotta or creme caramel!

This sleek, modernized family establishment is most well-known for its bakery around the corner. But the restaurant offers gluten-free pasta as a base for their signature carbonara, and bread to use as a vehicle for their legendary charcuterie. It’s definitely on the pricier side, so if you’re staying at an Airbnb nearby, consider getting some prosciutto and antipasti to-go from the cases at the front. If you decide to eat-in, make sure to make a reservation. We walked in at lunchtime, but right when it opened. I highly recommend the hot and cold artichoke salad and the smoked salmon platter. 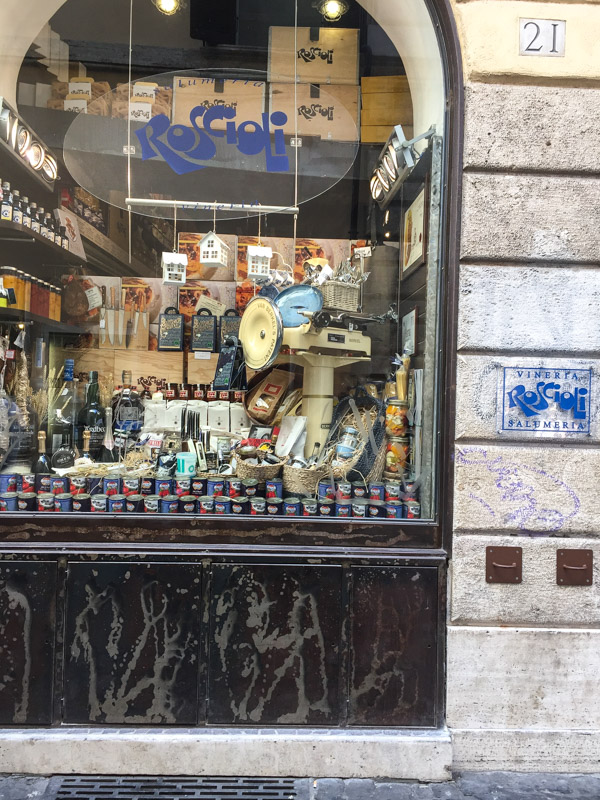 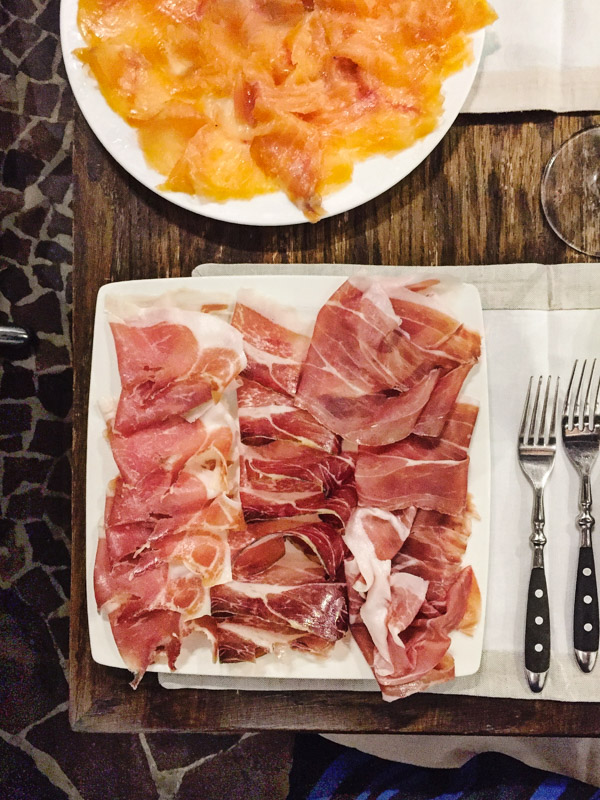 This white-linened restaurant is on a quaint piazza in centro storico, a short walk from piazza navona, and is the perfect setting for enjoying a whole baked fish or plate of sautéed prawns. Seafood is the name of the game here and it doesn’t come fresher. The market prices aren’t quite as subtle as the orata, but if you’re looking to splurge on a lighter, more refined meal, it’s a good option to have in your back pocket. They offered gluten-free bread and pasta, which is wonderful topped with a seafood amatriciana!

Though sadly closed in August while we were in town, I’ve gotten enough rave reviews of this spot near the Pantheon to recommend it. Make sure to book in advance, even for lunch. They are famous for their spaghetti alla gricia, which can be served with gluten-free pasta. The braised oxtail is also apparently a GF winner.

I also can’t vouch completely for this Roman institution (August, sigh), but it’s supposed to have the best Amatriciana and handmade pastas. 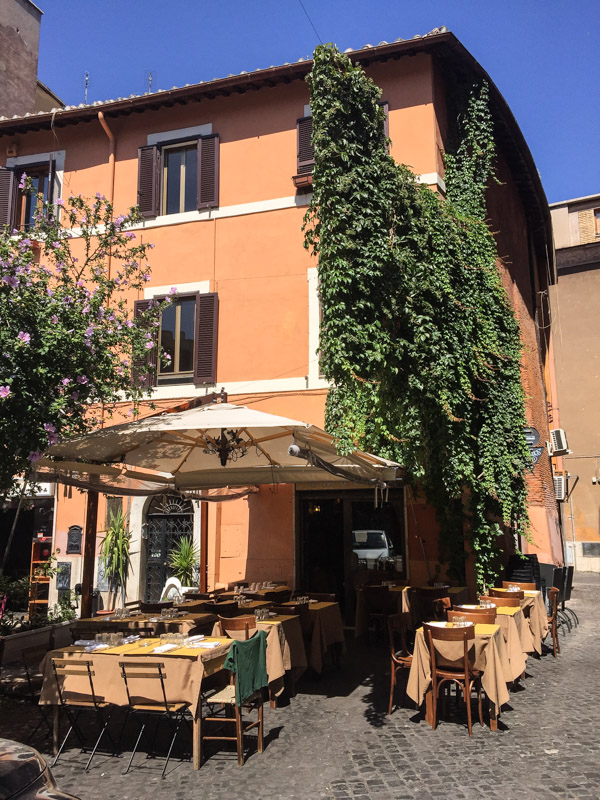 We walked by this casual little trattoria in Trestevere and it looked like a perfect place to enjoy a classic Roman meal in that neighborhood. My friend raved so much about the pastas, she went two nights in a row. Sit outside in the piazza for lunch and make sure to check out the Raffael frescos at nearby Villa Farnesina.

Near the Spanish Steps, the spaghetti Cacio e Pepe is the name of the game at this family restaurant, which is fairly affordable for the neighborhood.

Have any of you recently been to Rome? Any new or old haunts that I should add to my list for next time? I’m dying to go back! Let me know in the comments section