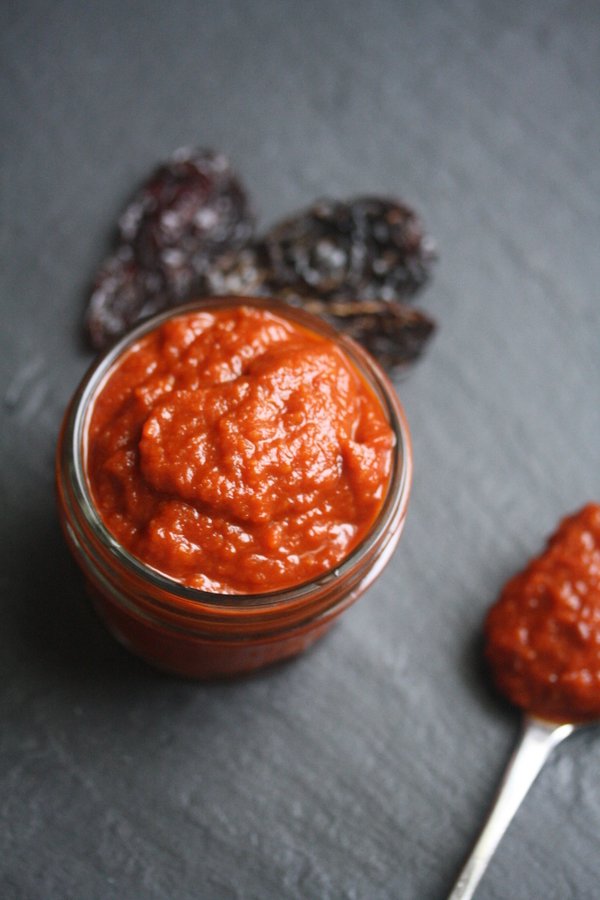 Since it’s almost grilling season, I thought it was probably due time that I came up with my own homemade honey BBQ sauce recipe. It’s not necessarily the first dish that comes to mind that’s in need of a healthy or gluten-free spin. But there’s a whole lot of room for improvement when it comes to the ingredients that go into it. Mainly, because over half of them contain sugar.

A lot of the pop science conversation has transitioned from gluten to sugar as the villain du jour. I’ve gone off sugar twice: once a few years ago during my first elimination diet, prior to my blood work revealing a gluten allergy, and then again this past March during my detox. Having seen the changes in my body, I am definitely a believer that we would probably all be better off eating less sugar. The withdrawals were unlike anything I had experienced with caffeine. The cravings never really subsided. And avoiding falling off the wagon was all but impossible if I didn’t cook at home. 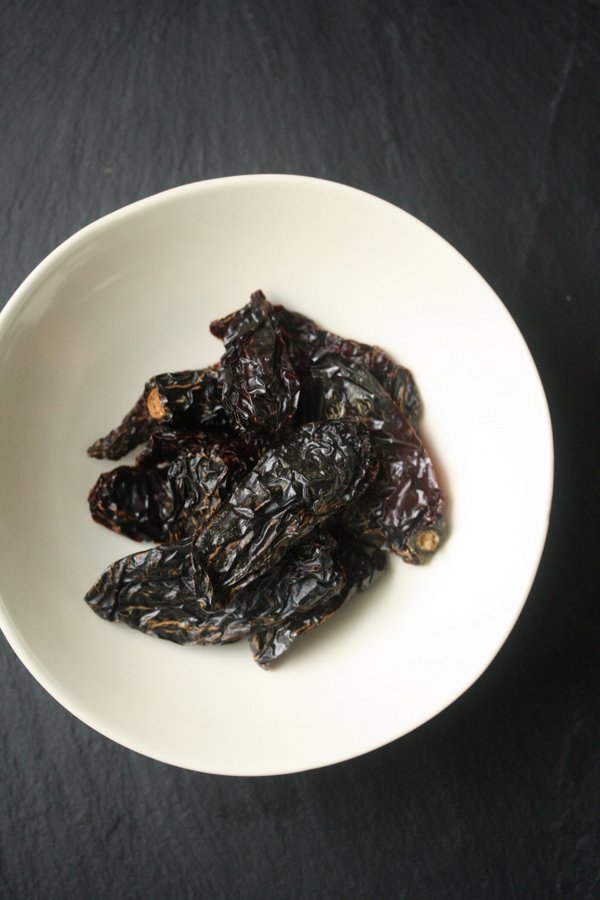 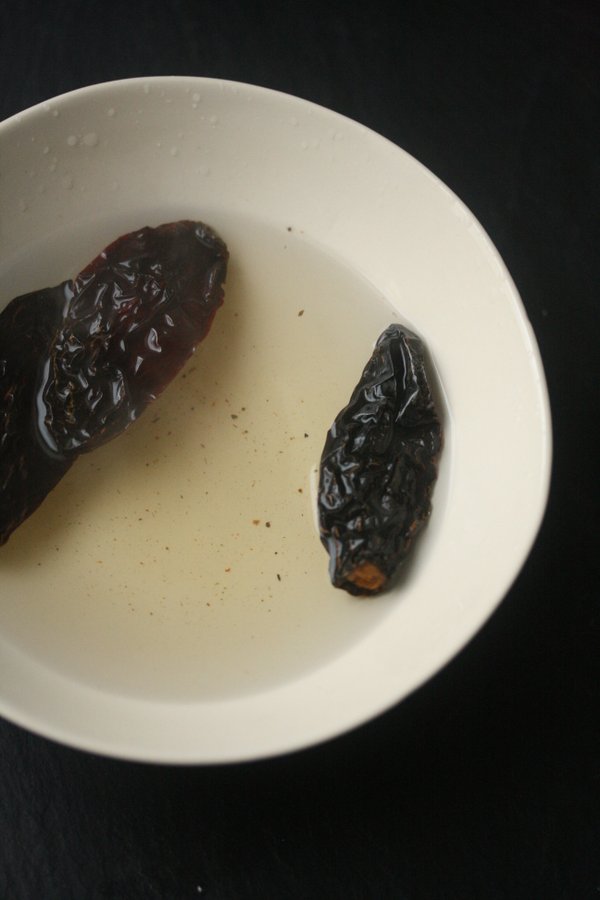 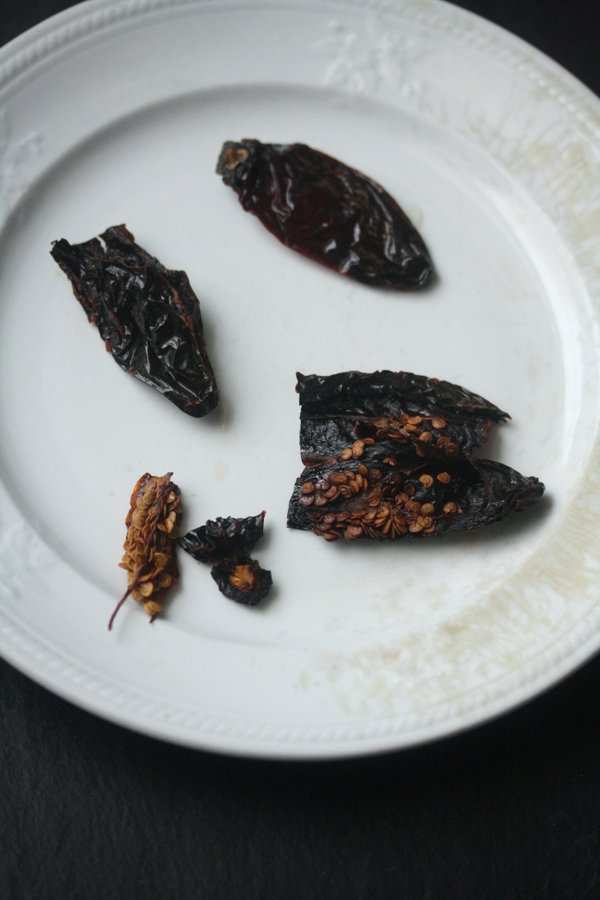 As a healthy chef, I’ve known intellectually that refined sugar and of course high fructose corn syrup were naughty. But I didn’t realize that our sugar consumption on a whole was so problematic until I saw Fed Up, Katie Couric and Laurie David’s new documentary that takes on the evils of big food in America and our government’s role in sanctioning the country’s obesity epidemic. The film made me much more conscious of not just the white sugar in my diet, but all of the more natural things I use to feed my sweet tooth—which totaled throughout the day, probably still add up to too much.

I use mainly honey as a sweetener when I cook, and I’ve definitely needed less of it to get the job done since March. Honey has long been used for natural medicinal purposes. So when you eat it in it’s unpasteurized form, you get to benefit from all those vitamins and minerals, which have a host of efficacies, including anti-viral, antioxidant, and anti-fungal properties. 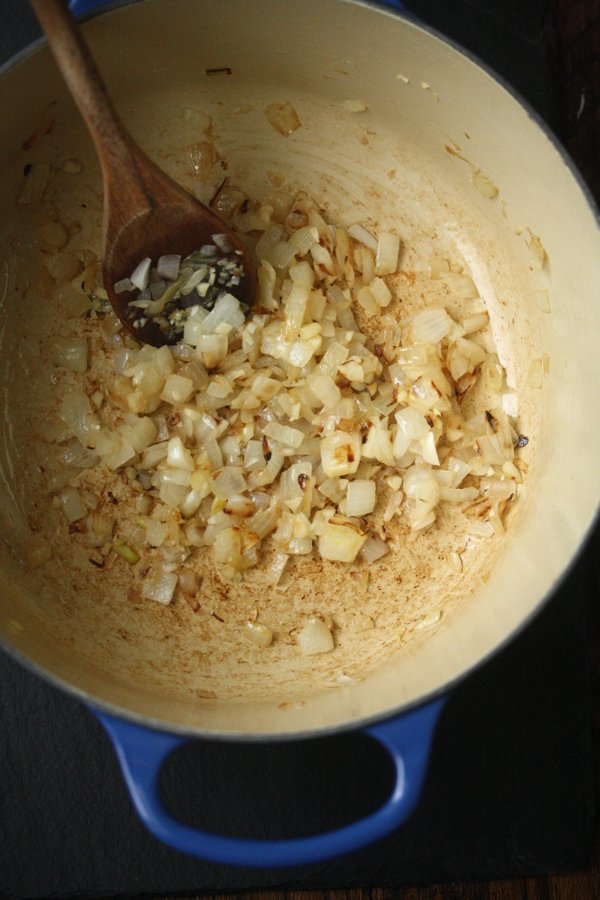 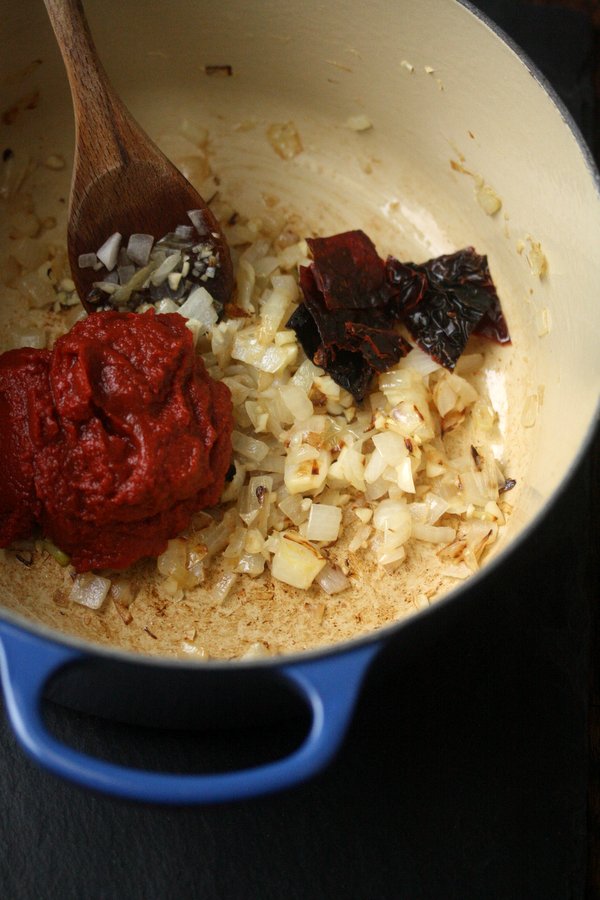 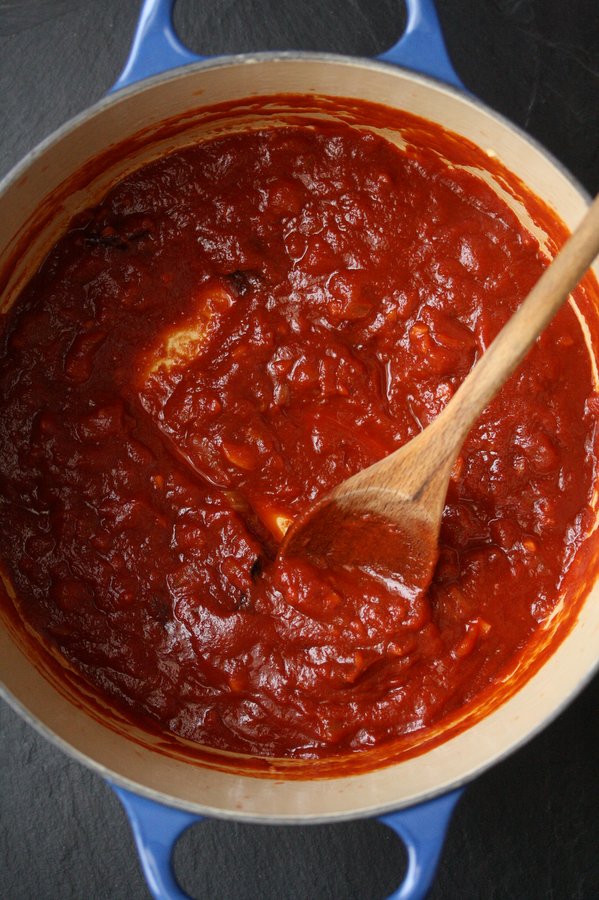 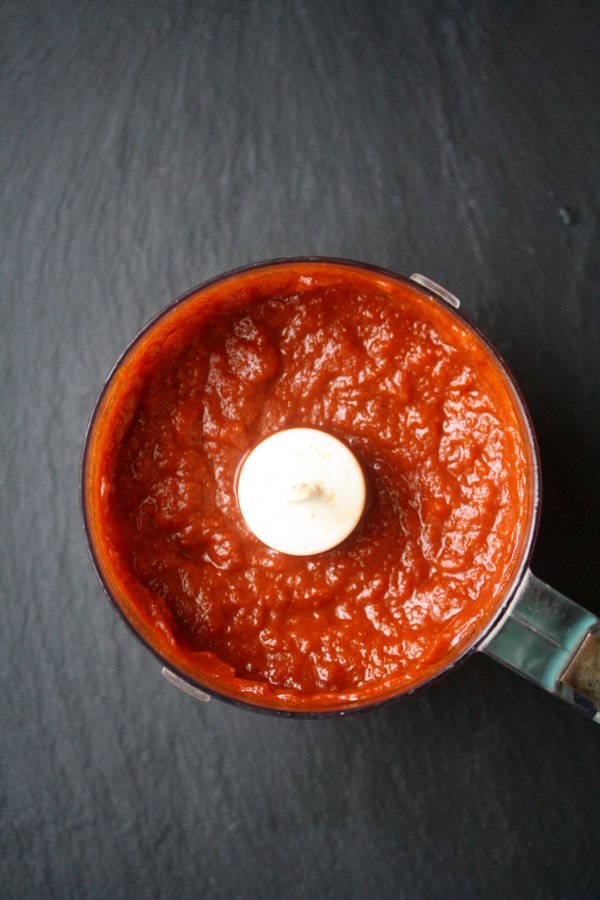 Though I cook most things from scratch, one area where I fail is condiments. And all of my favorite primary condiments—ketchup, mustard, and mayo—have added sugar in the ingredient list. But it’s my favorite secondary condiment that is by far the worst offender. And that, my friends, is BBQ sauce.

My friend Tom is the one who made the distinction between primary and secondary condiments. I laughed at him at the time, but he does have a point. BBQ sauce is made up of many other products like ketchup, Worcestershire sauce, and mustard—all of which have their own sugar line items. Usually, added to them is a host of other sweet things: brown sugar, molasses, and honey. 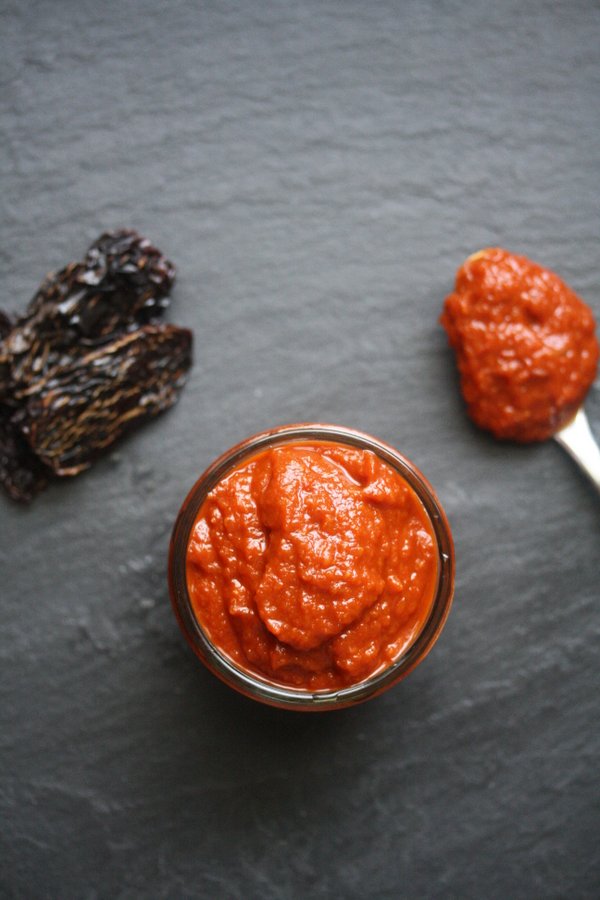 For my healthy-ish take on homemade BBQ sauce I focused solely on honey, using tomato paste instead of ketchup and just a smidge of Worcestershire sauce. It’s a rich tomato-based recipe like they do it down in Texas, so I decided to go even more Tex-Mex and kick it up with some dried Chipotle chiles. You can substitute canned chipotle in adobo if you can’t find the dried. But guess what…there’s sugar in there too.

The resulting sauce is smoky, tangy, fiery, and just sweet enough to balance out the other flavors. It’s perfect as a glaze for brisket, ribs, or as a secondary side condiment for chicken fingers (recipe to come this week!).

Oh – and you may have noticed the beautiful blue Le Creuset French Oven in the photographs! It’s a new signature color on loan from Williams Sonoma as part of their Pass It On Potluck. To see what some of the other bloggers have made so far, follow the #LapisPotluck hashtag. 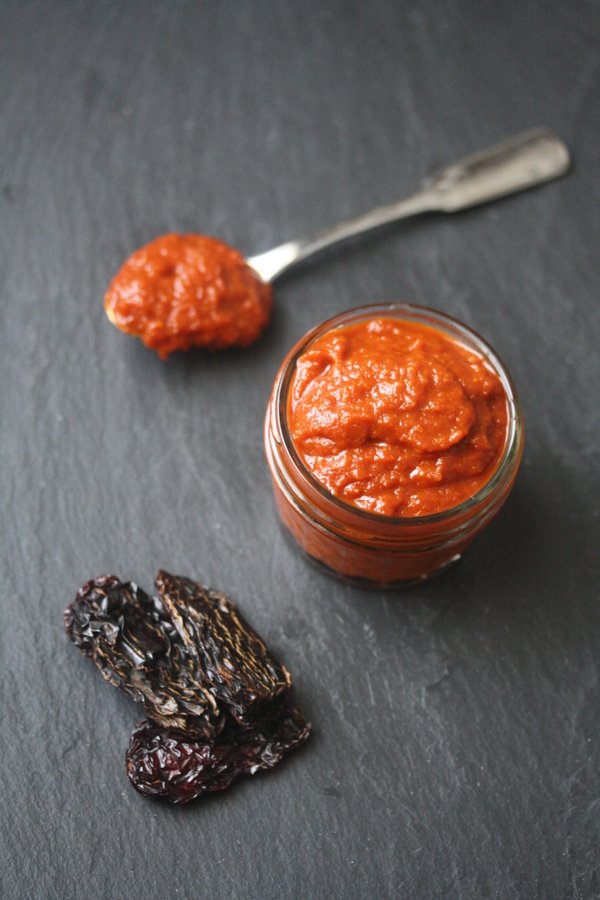 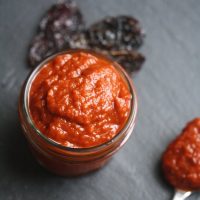 If you make this, tag @phoebelapine and #feedmephoebe - I'd love to see it!
21 shares