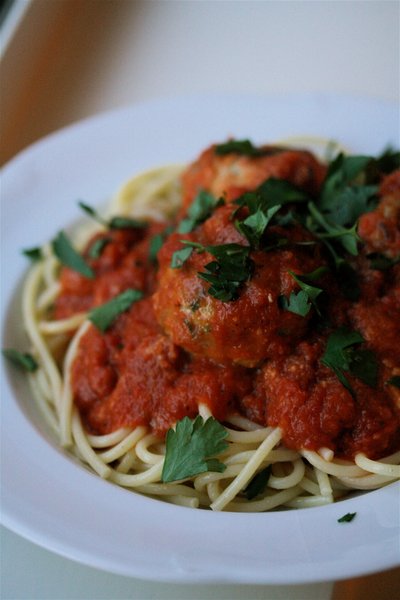 The family that I cook for each week has been diligently following me on Chef Race. This is very sweet, and also strange, since we’ve never actually met in person. They know me purely through my emails, my food, and now, my TV persona. But it’s given me an excuse to cook my way through the episodes with them. A few weeks ago, after episode 6, they asked me for baked beans with Uncle Sammy’s BBQ Sauce. And this past week, after my fateful exit, they asked me to make them the Kale Salad and Spaghetti & Meatballs a Piperade from my elimination challenge meal.

It was kind of cathartic remaking these dishes from memory and being reminded that they did, indeed, turn out delicious. Perhaps one day I’ll get back on the horse and give that lemon budino another go, lest those over-beaten egg whites haunt my dreams forever.

I know I owe you recaps for the last few episodes. But to be honest, I think the moment has past. If I had one word to sum up the last challenge it would be: exhausting. The mobile pizza oven took an hour to set-up and breakdown. It was 115 degrees in Springfield that day and the city was telling construction workers and other outdoor laborers to stay home. It was also tough being the only woman left, and I very much missed having Pippa and Bianca’s energy as a pick-me-up. In general, I think I hit my reality TV masochistic threshold, at the time, and in watching it all unfold on the small screen. In both instances, I was happy for it to be over, and to get on with my life!

That said, being one of those secretly uber-competitive people, I wanted to WIN. But my nerves got the best of me. I over-whipped my egg whites in a stand mixer – something I never use thanks to my small kitchen roots. The environment in the kitchen was actually pretty friendly, and Cody even helped me out getting the mixer to work. The budino was the first thing on my prep list, and had I gone with my instincts and just taken 2 minutes to redo the egg whites, who knows what might have been. But such is life! In the words of my old friend Samantha Jones, coulda woulda shoulda.

I’ve made meatballs every which way, and this version is a nice hybrid of Spanish and Italian flavors. Fennel and pimenton are the two ingredients that carry through the dish, and the end result on the show looked a lot prettier than the photo above, taken years ago of many meatballs past. Make sure you make big generous nests in your bowls and nestle the meatballs and shaved fennel on top.

One of my proudest moments was when the guest judge of the two-Michelin star restaurant said to me: “Phoebe, you made spaghetti and meatballs for a fine dining challenge. That takes major balls. And I probably would have done the same thing.”

Anyway, I’m very proud of myself for surviving as long as I did, and for not totally embarrassing myself in the process. If my clients’ request is any indication, I think my cooking came off alright. Fake it til you make it, as I always say!

If you’re looking for something to make after the holiday, give these balls a go. In the meantime, happy gobble gobble!

Spaghetti and Meatballs a Piperade 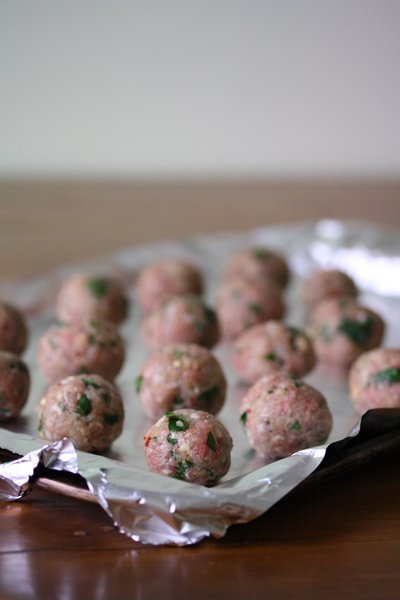 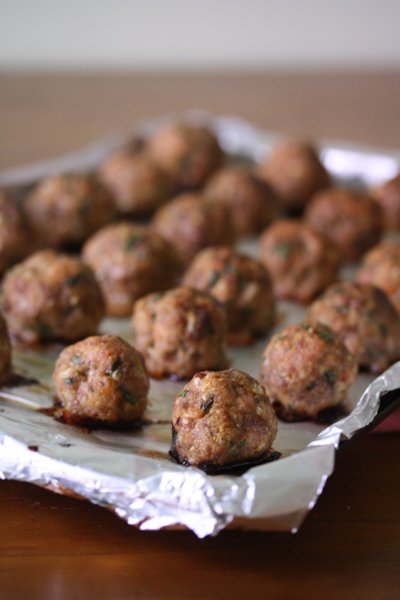