I didn’t grow up dreaming of my wedding day. The white lace dress I would wear. The flavors I’d choose for my layer cake. The man standing at the foot of the aisle, under a chuppah dripping with bougainvillea. 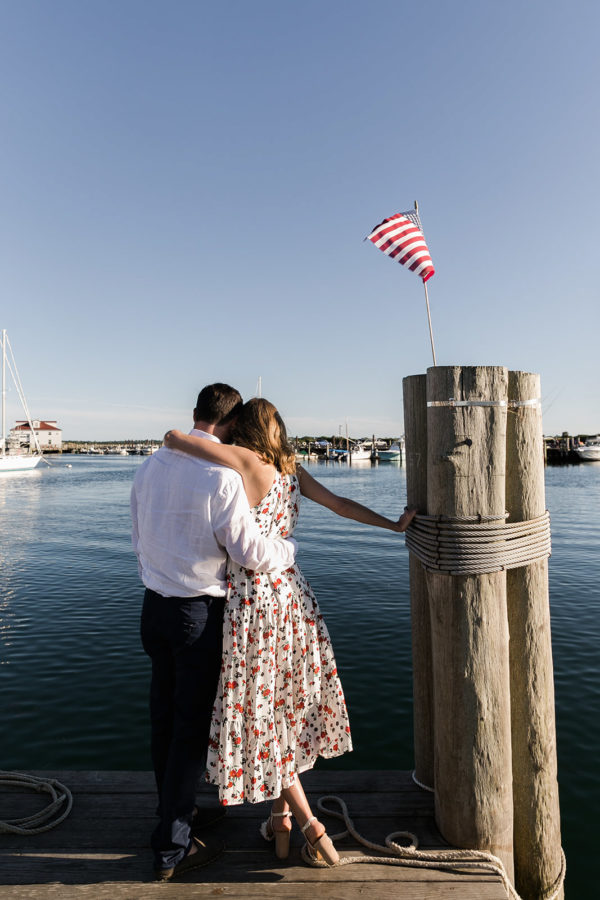 I also never put a time stamp on when I wanted to hit these milestones of adulthood. In fact, I may have said on more than one occasion, if I have any goal before the age of 35, it’s not to be married before then.

As of a few weeks ago, that last part went out the window. In case you’ve been on a digital detox and missed the news: Charlie and I decided to elope over July 4th weekend on Martha’s Vineyard!

Since then, I’ve gotten countless questions from you asking why I decided to elope instead of having a traditional wedding.

My quick response is: because I don’t like weeping in front of large groups of people.

Which is very true. But the real answer is a lot longer and more nuanced.

The Price of a Wedding

Charlie and I have been together for almost 5 years, and I think I can safely say that for at least 4 of those, I’d been slowly wearing down his resolve on the subject of marriage.

While my more traditional-leaning partner might have put a ring on it long ago, I made it very clear that I was not the kind of girl who wanted her hand encumbered by a non-edible ring pop.

Over the years though, as I tried to articulate why I didn’t want to get married, it became clear that the idea of a forever union wasn’t the problem. What I really didn’t want was a wedding.

I should have realized as much from my childhood wedding dreams, or rather, the lack thereof. But it was cemented further in my twenties as I saw countless of my friends take the plunge.

Since graduating college, I’ve been to over 30 weddings. Some were modest and homegrown, others cost half a million dollars (if not more). They’ve been in backyards, and on the beaches of Africa. I’ve seen ceremonies where parents have cried all the way down the aisle, and one where the MOB cried expletives at an estranged relative in the front row. 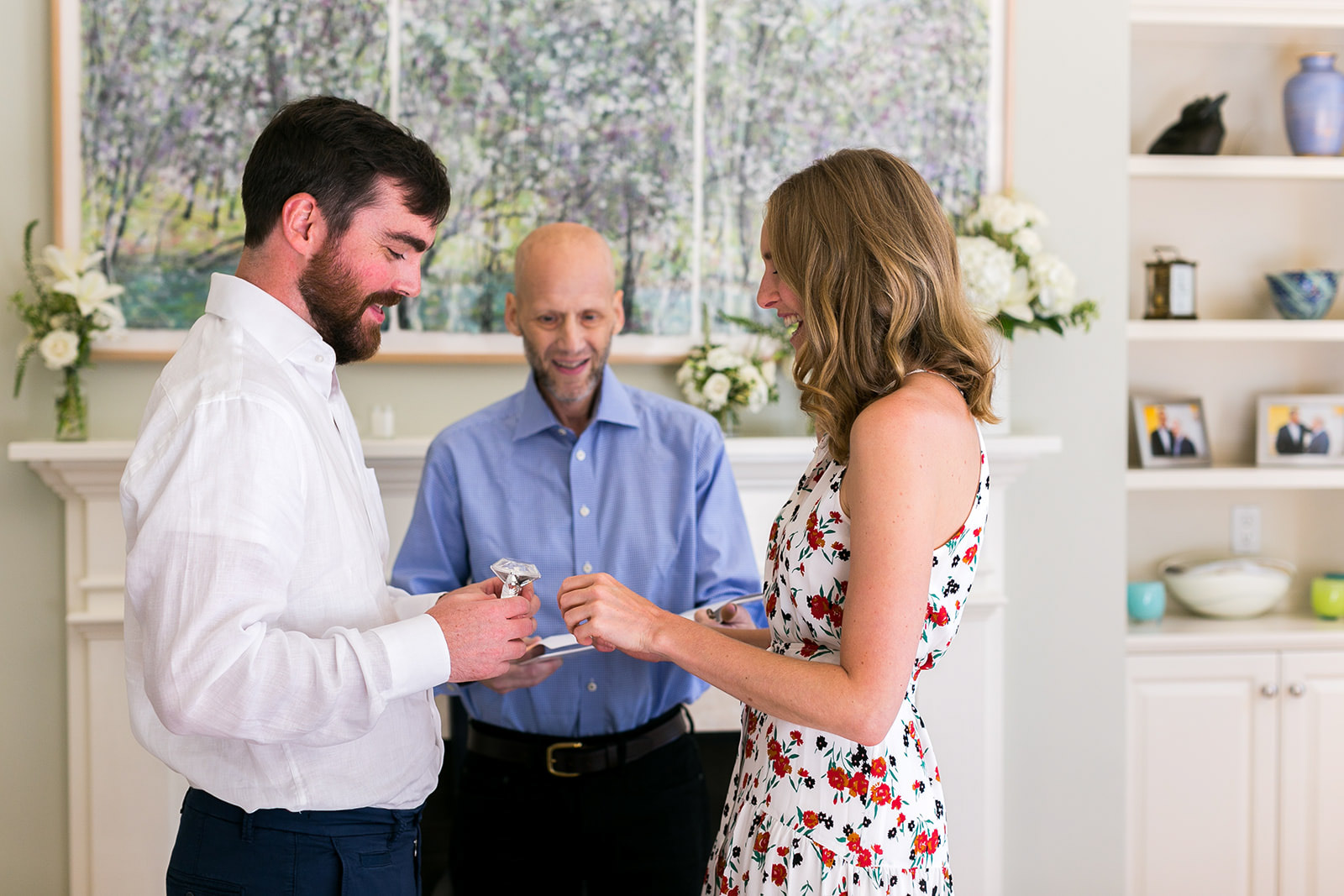 In short, I’ve seen it done every which way. And despite giving you the impression that I’m the wedding Grinch, I usually have a ball! I shed tears of joy seeing the groom’s face as he sees his bride for the first time. I shed pounds of sweat on the dance floor. I try to save my (upbeat!) expletives for the after party. But throughout all of these rituals and festivities, vows and cakes, speeches and horas, I’ve never once thought to myself: this feels like me.

For as many happy tears and beautiful vows I’ve witnessed on the day of, I’ve also witnessed my fair share of the lead-up.  The family dramas. The excel spreadsheets. The awkward third tier 11th hour invites. All the planning that clouded the year-long lead up to the big day. The stresses that made my friends question whether or not it was worth it. All the things that, for me, solidified it wouldn’t be.

I’m the only child of two directors who I knew would not be helpful in executing a vision that wasn’t theirs.

I am an anxious person who is particularly sensitive to the expectations of others.

I didn’t want to spend months worrying about other people and losing myself in the process.

I didn’t want to spend tens of thousands of dollars on a party, just to get people in one room and barely spend any time with them.

And yet, I never doubted wanting to spend the rest of my life with Charlie.

We own a home together. We have an apartment pre-nup and a shared bank account. I’ve felt married to him for a long time in every way but legally. What’s the point, I thought.

The point, as so many married people tell me is that it just feels different. Something changes when you say those vows out loud to one another and make a promise to last a lifetime. It’s not something you understand until you experience it.

Which is true, I suppose, because I wasn’t buying it.

I did, however, see some benefits to being legally married. The idea that if something were to ever happen to Charlie, as a “life partner,” I wouldn’t be allowed in the hospital room. Or the shared benefits, courtesy of the state recognizing our union.

When the Affordable Care Act was on the chopping block and Charlie was still at his corporate job, I suggested that we go to City Hall and make things official. This seemed too unromantic to him. And in retrospect, I agree. 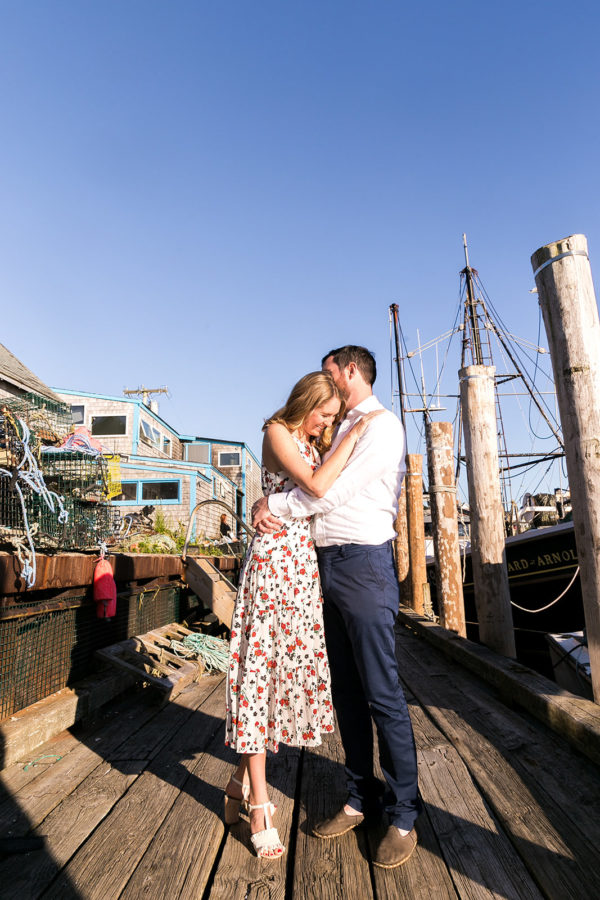 Because if there’s any one aspect of a wedding that I wanted, it was saying those words to one another. Not the perfunctory Justice of the Peace script, but the heart-led self-written words that answer the question: why me?

You know, the things that might cause a girl to weep in front of a large group of people.

Going with your Gut

This post is only a small glimpse of the mental space I’ve leased to the concept of marriage over the years and the way I could enter into one that felt like me. So when the moment presented itself to do something different, at the spur of the moment, I had to trust my gut and just go for it.

When you’re an anxious person and tend to overthink things, sometimes the only way forward is to close your eyes and jump. The two most spontaneous things I’ve ever done have been the most permanent: my tattoo, and now my marriage.

I’ll get into the full story of how we eloped in the next post. But suffice it to say that getting married in 5 days–on our own terms, in private–solved every perceived problem that stood in my way.

I didn’t want to spend months planning. I didn’t want to stress about the perfect natural eye makeup and floral tablescapes—things that had nothing to do with my values. The spontaneity ensured that we only had time to focus on what really mattered: each other. 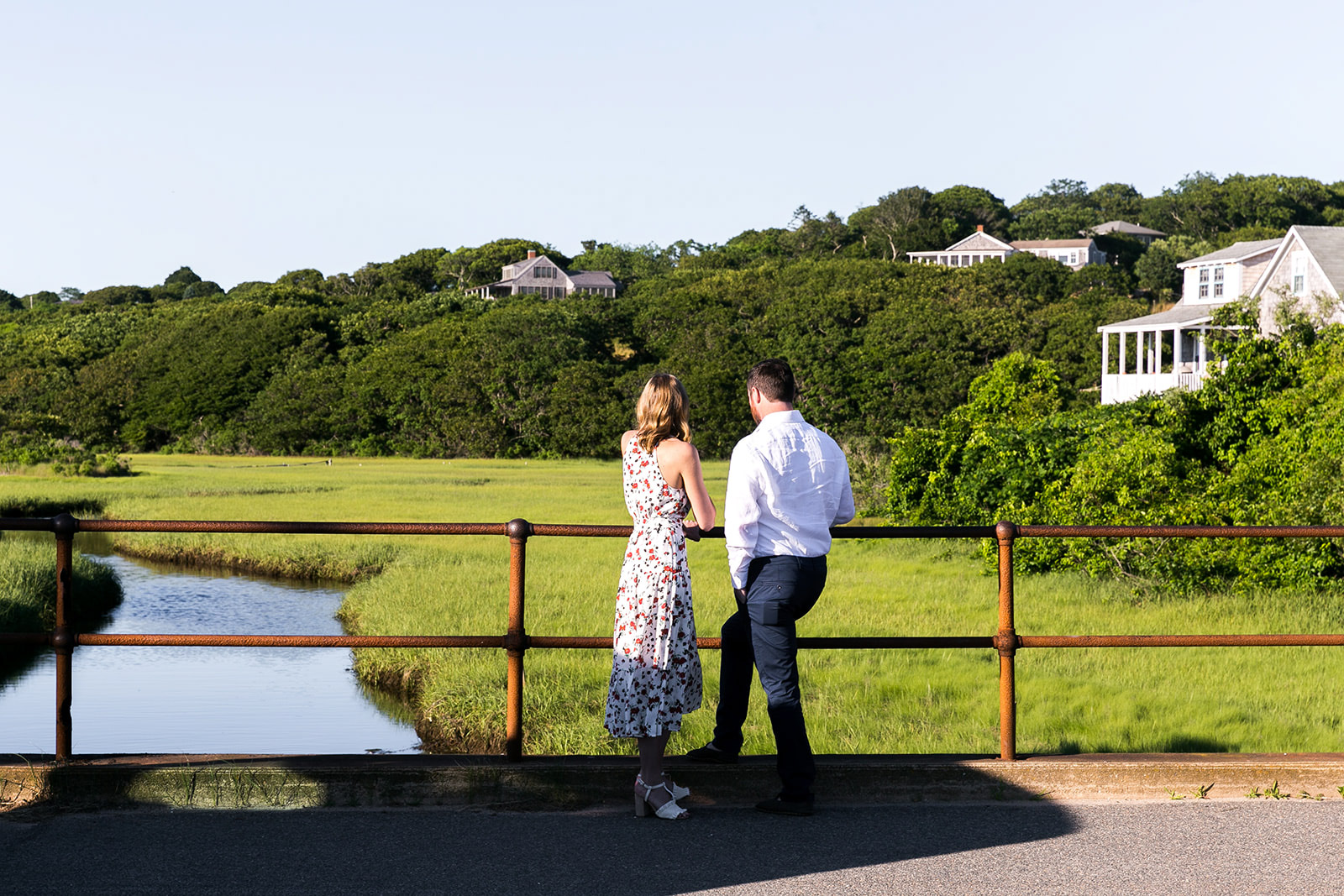 Instead of the toasts and the calligraphy, I’ll always remember all the small ways that our day came together—the things that we could have never imagined or planned for.

For those of you who are experiencing a similar barrage of internal questioning around having a wedding, I can say with confidence now that going our own way was the best decision we ever made. I’ll get into  why later on—including the reactions from our families.